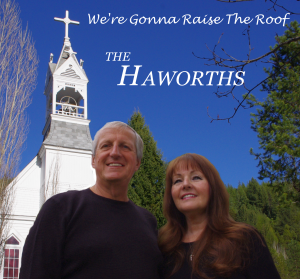 Playing music brought them together and has been a constant thread throughout their lives. Their music has evolved over the years, encompassing many genres, leading them on an incredible musical journey.

Rick was born in Medicine Hat Alberta into a very musical family, growing up listening to and singing gospel music along with his two sisters and his dad, who played the piano. At the early age of 5, he was too young to read so his mom taught him lyrics and melodies, and they toured all around the Medicine Hat area. Still singing with the family when they moved to Nanaimo, B.C., with their beautiful harmonies they continued to tour and sing at many churches and events, meeting such gospel great as The Blackwoods and The Couriers. Rick also played in local bands for years and he still has a great passion for music. A gifted and prolific songwriter, he also sings, arranges and plays a variety of instruments, including guitar, bass and keyboards.

Today, Rick enjoys playing the old standards in the smooth jazz genre, both as a solo artist and as a duo with Maureen, performing at a variety of venues.

Born in Nanaimo B.C., one of four siblings, Maureen attended the First Baptist Church where she was a member of the choir. She studied piano for several years and plays bass guitar. After meeting Rick at church, they began to sing and play music together, a few years later they married and were blessed with children and later, grandchildren.

Still passionate about music, and along with singing and playing, Maureen added songwriting to her skills in the past few years. Combining her devout love of God, becoming part of her husband's musical family, and listening to many of the gospel greats, she has turned her gift of songwriting to penning Gospel songs, particularly the southern style Gospel.

She has written seven of the songs for her new album and performs as a solo Gospel artist, spreading her message of God's love through her music.

Their love of music continued throughout their marriage and soon after their move to Grand Forks, they played in a weekend country/oldies band, Phase Four, with Rick on guitar and Maureen on bass. Both did vocals, along with a drummer, and for a decade, a pedal steel player. After many years the group disbanded.

Throughout the years, the Haworths have been influenced by a great variety of artists, such as The Eagles, The Carpenters, Gold City, The Gatlin Brothers, Gordon Lightfoot, The Couriers, The Booth Brothers, and The Triumphant Quartet. Also, many country artists, and smooth jazz greats like Tony Bennett and Frank Sinatra.

The past few years...

In 2009 they met producer/artist/songwriter Ron Mahonin (of You Came Into My Life, A Hit Song, Goodnight L.A. fame). After hearing their complete repertoire of original songs, Ron encouraged them to record their first album of light contemporary/easy listening songs, Reflections, released in 2010. Ron also introduced them to Kelowna's Dave Favell, who put three of the Haworths' gospel songs on his new gospel compilation on the North County Records label, released in 2012.

Rick and Maureen continued to write and record, and completed their first gospel album, We're Gonna Raise The Roof, which was released in 2013, and has received world-wide airplay and garnered top spots on international charts.

In 2014, Rick stepped back from the gospel music spotlight and Maureen has begun a career as a solo artist. Rick continues in a supportive role helping in the vocal harmony arrangements, some background vocals, guitar work and recording the basic demos.

Maureen, excited to go down the path that God is leading her on, will continue to perform and record as a single and she is very pleased to have recently become part of the OEM Records label.

They are very grateful for the many blessings God has given to them in their lives, for bringing them together and for their musical abilities. They truly hope that people are moved by the songs that the Lord has given to them.
4
What's This
Advertisement