Tacie and the Sunshine Band - "Baby You're Gone" 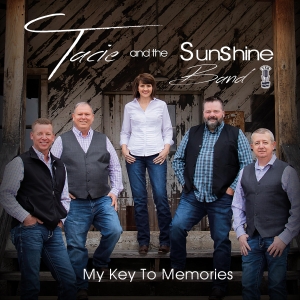 Tacie and the Sunshine Band (TSB) is a regional bluegrass band based in the Northwest Arkansas/Eastern Oklahoma area. The band has become known for a wide repertoire of music presented with a bluegrass flare.

The band was created from, and thrives on, close knit friendships built on similar interests in music, and that closeness translates into pleasing interactions with each other and with audiences. TSB’s three lead vocalists lend vocal versatility and interesting harmony variations to the distinct and unique sound created by the band’s instrumentalists - four of whom are multi-instrumentalists.

TSB is known for their tasteful acoustic bluegrass renditions of songs from various genres including traditional bluegrass, classic country, bluegrass gospel and hymns, and other less conventional influences. A typical show may feature songs made famous by legends like Merle Haggard, Alison Krauss, Linda Ronstadt, The Stanley Brothers, Bill Monroe, Bonnie Raitt and Bob Dylan. In the mix may also be a traditional hymn like “Nearer My God to Thee”, or Keith and Kristin Getty’s “How Deep the Father’s Love for Us”. The material they draw from also includes several original tunes written by various band members.

TSB can deliver entire sets of traditional bluegrass, Gospel, or a mixture of these with less traditional tunes. Regardless of the source of material they draw from, everything they do is arranged in a tasteful bluegrass style.
5
What's This
Advertisement