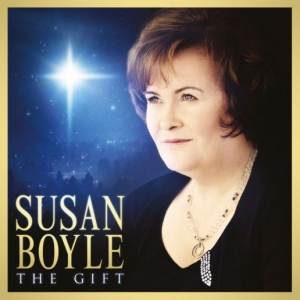 
The evolving pop narrative throws up its own unique touchstones. In the last 18 months pop’s own story has turned at some riveting right-angles. It has been a particularly special time.

There is only one defining star of this time-frame for whom it is absolutely impossible to piece the clues together that led to such momentous success. Step forward, Susan Boyle. Susan is a shy, devout Christian with an incredible voice from a tiny Scottish estate. Yes, Susan was a brand new figure ready for her cultural close-up. Even at the age of almost 50.

‘I’m a lot busier than I used to be,’ says Ms Boyle, understating wildly, I’ve met a lot of new people and been fortunate enough to meet some of my idols. When my childhood idol Donny Osmond talked to me as his equal, well, that was a very humbling experience.’ She mentions her broadcast duet with West End and Broadway totem Elaine Paige as another highlight. ‘Just incredible. Singing with her on my TV special was so exciting because I’d always sung along to her records at home. To suddenly find yourself on stage with someone like that was really something. My day-to-day life is so full now.’

The statistics surrounding Susan Boyle are an edifying testament to how one very ordinary woman scaled the realms of the extraordinary, without the usual trappings of pop excess. After becoming an internet sensation on the back of three minutes’ worth of airtime on primetime TV, her performance on Britain’s Got Talent has culminated in over 500 million Youtube hits for Susan. If the two watchwords of the 21st century have been ‘reality’ and ‘celebrity’, Susan Boyle had accidentally located a brand new point on the graph where they intersected. One of Britain’s forgotten characters had rarely, if ever, been so memorable.

Her debut album I Dreamed A Dream cut a hotline into the international palette with the speed of a Tokyo freight train. It switched from being the most pre-ordered album in Amazon’s global history to become the fastest selling global debut of all time in weeks. For a woman that almost defines the word ‘parochial’, something about Boyle’s voice and character touched a rare international nerve. Number 1 credits clocked up in 21 countries, including the US, UK, Canada, Australia, Argentina, Korea, Thailand, Singapore, South Africa, Greece, Belgium, Germany and Mexico. She remains unadorned by the stats. ‘Money means nothing to me,’ she says, ‘My manager is always asking me if I want to know my chart positions and how much I’ve sold but I’m not interested in that. Everybody knows that money doesn’t make you happy.’ For the record, Susan Boyle’s album is now touching towards 10 million worldwide sales.

For her own sake, Ms Boyle has had to make herself ambivalent to the incredible number-crunching her talent has resulted in. ‘When I get on the bus to go to Livingstone, sometimes I have to go back home again,’ she says, ‘I get recognised in the streets these days which seems quite strange to me. Most people are very nice. I get an awful lot of compliments on my album and I never quite know what to say to people.’

If the fiscal benefits of this incredible tale of modern fame hold little allure, the difference it has made to Susan Boyle’s life does. ‘I’m so much more fulfilled now. My life is a richer experience. I still take everything one day at a time. Every day was the same before and now every day brings something new and exciting.’

It is, of course, this humility that touches so many of her ardent followers and fans. When Susan Boyle first appeared it seemed like, for one brief moment, vanity itself collapsed. As that ancient old maxim – ‘Never judge a book by its cover’ – clanked around the globe with speedy viral intensity, it was as if the world was about to offer its first unspoken apology for prizing beauty above all else. Perhaps it would temporarily forget its grotesquely accentuated new heights of judgement. Or perhaps Susan Boyle was just a fleeting icon by which a microscope was shone on our more fickle presumptions. Whatever history gifts the Susan Boyle story in the long term, it is time once again to prove that there is more to this incredible woman than being the symbol for a moment of international reflection. She will do it in the exact same way she entered our consciousness in the first place. With the raw combination of strength and fragility, beauty and solitude that is her singing voice.

Her second album has a seasonal flavour. The Gift was crafted as the perfect Christmas album. It saw her return to Steve Mac’s Rockstone studios, the seat of her crafting I Dreamed A Dream. ‘Steve is fan-bloody-fantastic’ she says, of her new musical anchor. ‘I wasn’t as apprehensive or frightened as I was first time because I knew what I could do and Steve always brings out the best in everyone he works with.’ She thinks about this for a moment. ‘I was still a wee bit nervous, so it was good that I was going back to a place I felt comfortable in.’

Recording a Christmas album was another dream to be ticked off the list for Susan. ‘I feel like it’s become too commercialised over the years. This is a way of expressing my faith, which is the backbone of my existence. Christmas should be about people coming together. Before all my brothers and sisters moved out I remember Christmas always being a very busy time in Blackburn. It revolved around midnight mass. We’d all put on our best clothes to go to Our Lady of Lourdes church and then the presents would follow afterwards. There wasn’t a lot of money around. My mum and dad were so hardworking but there were a lot of us! So Christmas was never about the material things.’ Ironically, the Boyle family grew up on Yule Terrace.

The Gift opens with her heart-stopping rendition of Lou Reed’s Perfect Day. ‘I remembered the original song and how touching it was. There’ve been some absolutely fantastic versions since so I wanted to do that beautiful melody justice. For a singer this song is a gift. And of course there have been so many perfect days since I first entered Britain’s Got Talent it felt like a really appropriate song to sing.’

Other highlights for Susan herself on the album are her delightful renditions of the traditional hymn Away In A Manger (‘It’s the first Christmas carol that I ever learnt to sing’) and the less obvious choice, a cover of Crowded House’s Don’t Dream It’s Over. ‘It was the lyric that really touched me in this one. I’ve been living my dream and I don’t want it to be over. I’ve had the best year of my life and I just want it to continue.’

Because Susan Boyle has experienced such a huge turnaround in her own life, she felt compelled to extend the hand of good fortune with her new album. ‘I feel like I’ve been given the most amazing gift in the last year and I really wanted to pass that on to someone else.’ She began a worldwide ‘Susan-Search’ on Youtube, in which unknown singers were encouraged to send in videos of themselves singing. It is Youtube’s most popular competition ever and at its peak saw a new entry uploaded every six minutes. A little of that Susan magic goes a long way.

The winner, Amber Sassi, was chosen from the thousands of entries. A 33 year old single mother of three and paramedic from Brewerton, Upstate New York, was Susan’s personal choice. ‘Amber’s been struggling to bring up her family,’ says Susan, ‘I wanted so much to give her the opportunity for people to see what she can do. Me and my team watched every video and Amber’s voice struck a chord in me. She’s got a lovely voice and I love its warmth. It’s a beautiful voice and she’s a lovely person.’

In some ways, Ms Boyle’s story is just the same as any woman with a voice in any choir up and down the UK. In her home town of Blackburn, she was schooled in singing in churches and choral societies. A shy young woman with some learning difficulties, being hidden in the blanket of a collective singing arrangement offered her comfort. So in one other, crucial way, her story is entirely her own. The most unlikely chorister in the sea of voices stepped out of line and put her head above the parapet to be noticed. For Susan Boyle, though she would never deign to say so much herself, this was an act of personal heroism, the like of which she had never contemplated before.

For this is still Susan Boyle’s tale. The fearlessness to dream about something other than the lot life has handed you. The chance to escape. The pivotal role of music as a conduit to go to another place, sometimes lodged at the outer recesses of your imagination, and to allow that new place to blossom. Yes, this is Susan Boyle’s tale. It is why it continues to connect with so many unsuspecting people across the world.

‘I used to say that I was on the outside of life looking in,’ she says. ‘And now I feel like I am on the inside, actually living it.’

SUSANS DEBUT ALBUM “I DREAMED A DREAM” IS RELEASED WORLDWIDE FROM 8TH NOVEMBER 2010.