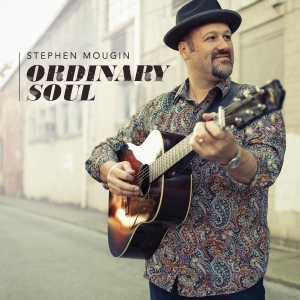 It didn’t happen by accident. For Stephen “Mojo” Mougin’s career trajectory, it was fate. Bill Monroe signed and used his mandolin in a workshop at the Peaceful Valley Bluegrass Festival in 1988, and he has been playing Bluegrass music ever since. It must have been a good omen because Stephen has gone on to become one of the most respected musicians within his industry.

Taking a leap into the world of playing music professionally, Mougin moved from the East Coast to Nashville in 2002 playing mandolin and guitar. In 2006, through hard work and great friends, he found himself in the role of Sam Bush’s main guitarist. Playing with a supportive band leader such as Bush made Mougin feel more empowered in his career, leading him to pursue other creative outlets.

Stephen is known for being a compassionate teacher, a compelling touring artist, a natural songwriter, a sought-after producer, and a gifted musician. He is most naturally a vocal teacher, having earned a degree in education with a vocal focus from the University of Massachusetts - Amherst. Mougin now teaches voice, mandolin, and guitar through workshops, both in group form or one-on-one lessons as well as offering his popular "Band Coaching" services.

Through playing music professionally in Nashville, Mougin was intrigued and encouraged to learn more about producing and sound engineering. In 2005, he launched Dark Shadow Recording, a home studio named after the title of a song he had written then called, “The Dark Shadows.” Since then, Dark Shadow Recording still serves as a recording space but has advanced to a record label, production studio and instructional institution for fellow musicians.

Stephen Mougin exemplifies a renaissance man for the music world. He is constantly seeking new ways to create, explore, grow and develop — all for the sake of making music and helping others. As Mougin navigates the music world as head of the Dark Shadow Recording label, he is accompanied by wife, Jana and their son Sammy who both play important roles within their family owned and operated company.
21
What's This
Advertisement