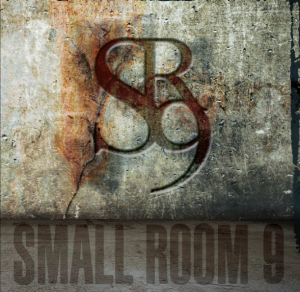 Small Room 9, the Mississippi rock band’s debut album "SR9” on C&D Music Network has been received around the world, getting airplay in Holland, Japan, Chicago, New York City and with a special guest appearance and interview on the NY "Real Radio Show".

"Paging Ground Control" from their "SR9” album is now included in the video game Rock Band on the XBOX 360!

Small Room 9 has enjoyed success taking their rock music to such venues as Club La Vela, the House of Blues, headlining the International Music Festival between the U.S. and Canada, the Triple B Festival in Pensacola, Florida, and the HubFest in Hattiesburg, Mississippi,

They have shared the stage with Ludacris, the Wailers (Bob Marley's old band!), Stroke 9, Shenandoah and Chingy, and now they are ready to hit the International Market big time!

The Budweiser Company promoted Small Room 9 as one of only a handful of bands in the entire nation as a "True Music" band. They were featured on a VH1 aired commercial and played an MTV party for the "The Real World" cast.

Small Room 9 signed an exclusive publishing and recording agreement with Creative and Dreams Music Network, LLC. out of Nashville, Tennessee and recently released their album “SR9" with thirteen self-written songs.

The original members of Small Room 9, Glenn Sasser and Rod Mooney, and the dynamic Harvey Lott on the drums have formed a unique, exciting sound all their own. Small Room 9's four part harmonies, vintage and spacey guitar tones with dynamic drums, and huge, beautiful vocals all blend together to remind music lovers of the days of old and introduce new fans to their world of Rock music.

“SR9′s sound is compared to bigger names such as Stone Temple Pilots, Fuel, U2, or Tonic. Powerful guitar riffs and moving lyrics have given SR9 a distinct sound all their own that can only be described as original rock. Nothing too heavy, nothing too pop, just straight up ROCK and ROLL. ” —Herman Snell – The Jackson Free Press