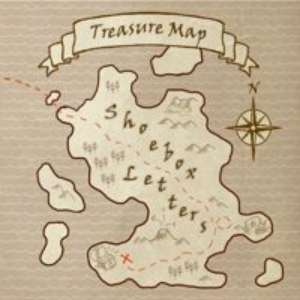 Shoebox Letters debuted in 2009 and were founded by Dennis Winslow and Dave Stricker. Shoebox Letters has released several independent albums over the years.

Singer, songwriter, and guitarist Dennis Winslow was a staff writer for Nashville's Warner Chappell for two years in the ealry 1990s. From there, he migrated to writing music for television and movies. He placed a song in the Oscar nominated Paranorman and two songs in the Palm D'or winning movie Blue is the Warmest Color. His music continues to be used on many television shows.

David Stricker lent his bass chops to Portland Music Hall Of Fame legends Billy Rancher And The Unreal Gods. He co-founded Kung-Fu Bakery Recording Studio, where diverse artists such as The Decemberists, Pink Martini, and Everclear have recorded. A nationally recognized commercial music writer for brands such as Nike, Four Seasons Hotel, Coco-Cola, Dave recently has shifted focus to recording with his band Dave and Kara. Dave continues to remain a longtime collaborator with Dennis Winslow, inspired by Shoebox Letter’s evolving sound and pace.

Greg Paul is a multi-instrumentalist/songwriter, audio engineer and producer who has composed music for television, film and stage. He is both a PAMPTA and Silver Microphone Award recipient for excellence in composition. In addition to two critically acclaimed, self- released recordings, his credits include stints as lead guitarist with both Yep Roc Recording Artist Amy Farris (Dave Alvin, Alejandro Escovedo, Brian Wilson)and 80ʻs Alternative Rock Icon, Deborah Iyall (Romeo Void, NVR say NVR). As a
songwriter, Greg gained the ear and subsequent representation by the legendary George N. Stein, NYC.
8
What's This
Advertisement