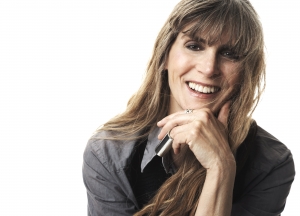 Stony Plain Records announces an October 21 release date for Hard Luck Child: a Tribute to Skip James, the fifth in acclaimed acoustic blues artist Rory Block’s “Mentor Series” of recordings saluting those blues masters who’ve had a profound influence on her music. On her latest album, the multi-Blues Music Award winner pays tribute to Skip James, one of the most important country blues artists in history, whose songs have been recorded by a host of contemporary musicians over the years including Cream, who covered perhaps his most famous song, “I’m So Glad,” on their debut album in 1966.

The 10 tracks on Hard Luck Child include nine original Skip James songs and the Rory Block original composition that opens the album, “Nehemiah James,” which is her telling of James’ story and his impact on others. Throughout, the lines between gospel and blues are crossed, blurred and intertwined, showing the derivation of the original country blues sound of James and the others Block has previously saluted in her earlier albums: Mississippi John Hurt (Avalon), Rev. Gary Davis (I Belong to the Band), Mississippi Fred McDowell (Shake ‘em on Down) and Son House (Blues Walkin’ Like a Man).

“This is the fifth recording in my Mentor Series—musical tributes that celebrate the rediscovered blues masters I met in person as a teenager,” Rory Block writes in the album’s incisive liner notes. “These five great artists to whom these recordings are dedicated are the blues masters with whom I spent the most meaningful time, and they have, as a result, affected me the most deeply. There were others, such as Bukka White, who I sat next to, but really never interacted with on a personal level—thus these five are the true core of this series.”

In Rory Block’s remarkably talented fingers, she caresses and alternately attacks the strings in a slide guitar virtuoso performance that brings the soul and meaning of Skip James’ songs to life, as if heard for the very first time over the many decades since they were first written and performed by the man, himself.

“Skip James is often referred to as a man of mystery,” she writes of her experience meeting him. “Some people have described him as melancholy, even unfriendly. But in my 15 year-old eyes he was deep, soulful, and beautiful. I did not question his serious demeanor. After all, I was aware of the history, the horrors and evil treatment he had endured. I did not expect him or any other rediscovered blues player to be anything but serious. Skip James also had cancer when I met him, and very few people are cheerful in a hospital.

“To me, his music, with its intensity and haunting quality, was central to the incredibly powerful style we called Country Blues. After all, blues was often about sorrow, hard times, and heartache. But it was also about joy, survival, and even success in some cases. Skip James was the quintessential blues player; he had it all: style, power, grace, depth—the ability to change your life and your way of experiencing the world with a single song. This was the inspiration and the example set by the masters—the gauntlet that was thrown down. I had to follow the sound and the passion. While the rest of the world was busy with modern things, I wandered down the dusty path towards the past in bare feet. I didn’t have a choice. This is what called to me.”

The liner notes for Hard Luck Child also include an excerpt from Rory’s autobiography, When a Woman Gets the Blues, about her encounter with James in that hospital room, where she was accompanied by her fellow blues traveler, noted guitarist Stefan Grossman.

Produced by Rory Block and Rob Davis, the new album was recorded, mixed and mastered by Rob Davis in the Aurora Productions mobile studios in Kentucky and Upstate New York. Throughout, Rory plays her signature model Martin Guitars and a 14 mm deep well socket for a slide. Well-known for her love of animals, Rory’s critters even make guest appearances creating background noises on some of the tracks, and a faint phone rings from time, adding further authenticity to the proceedings.
59
What's This
Advertisement