Roger Taylor - selections from The Lot 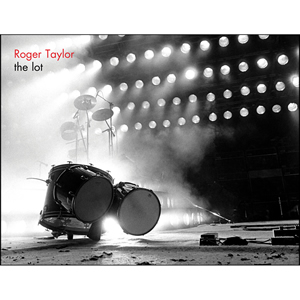 Lot: (pronoun)
1. A large number or amount; a great deal
1.1 (the lot) The whole number or quantity that is involved

In addition to drumming, singing and writing for Rock And Roll Hall Of Fame inductees Queen, Roger Taylor has had a critically acclaimed solo career. Originally issued as a limited-edition collection in the U.K., Roger’s total solo output was released as The Lot—a 12-CD/1-DVD collection. Omnivore Recordings is honored to bring The Lot to the U.S. following hot on the heels of the first ever “best of” compilation of Roger’s solo work simply called, Roger Taylor: Best!

This 12-CD/1-DVD package dedicates a disc to each of Roger Taylor’s 5 solo albums plus 2 CDs filled with all of his singles & remixes. All 3 albums from The Cross are also represented, with 2 CDs of single edits and remixes from that side project. Add in a DVD of promo videos and extras, and you have the complete picture of Roger Taylor’s music outside of Queen. You have The Lot.

As the Queen + Adam Lambert tour travels across the world, it’s time to (re)discover Roger Taylor’s solo work, as well. It’s time for The Lot.
13
What's This
Advertisement