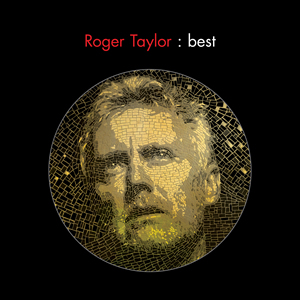 
In 2001 Roger Taylor was inducted into the Rock And Roll Hall Of Fame with Queen, and is acknowledged as one of the most influential drummers in popular music. In addition to founding and wielding the sticks with one of the world’s best-selling groups, as well as collaborating with Robert Plant, Genesis, Eric Clapton, Elton John, Foo Fighters, and Gary Numan among others, Roger Taylor has also had a brilliant and long career as a songwriter and solo artist.

With Queen, he wrote or co-wrote hits like “Radio Ga Ga” and “Under Pressure,” but on his own he’s delivered, to date, five critically acclaimed solo albums. Roger Taylor : Best draws from those releases with 18 tracks—from his first single, “I Wanna Testify” (recorded during Queen’s News Of The World album sessions) through his latest album, Fun On Earth from 2013. In between are key cuts from Fun In Space (1981), Strange Frontier (1984), Happiness? (1994), and Electric Fire (1998) providing a select survey of Roger’s solo work for new and old fans alike!

Available on CD and double LP (with tracks appearing on vinyl for the first time), Roger Taylor: Best presents an overview of a rock legend’s work in front of the stage, the listeners—and the world.
8
What's This
Advertisement