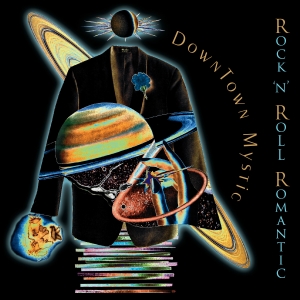 The album also puts DownTown Mystic in some very exclusive company. Other than “The Boss”, Garry and Max have only backed 2 other artists together in the studio--Gary U.S. Bonds and iconic rocker Ian Hunter. Of course Steve Holley and Paul Page, the current rhythm section for Ian Hunter's Rant Band have played on the last 2 DownTown Mystic albums, cementing the rocker’s connection to both artists. DownTown Mystic writer/producer Robert Allen comments, “For Rock’n’Roll currency, playing with the guys who have backed up 2 of the most accomplished rockers in history is a dream come true. It just doesn’t get any better than that!”

"An energetic, mainly uptempo experience designed for the ears of anyone longing for the days when records had two sides and rock ruled all, Rock ’n’ Roll Romantic hits all the right notes both lyrically and musically" Lisa D'Arrigo/IndieMinded

"DownTown Mystic has created an album that is musically engaging, driving and confident, with jams that engage the ear and the heart"
Rick Jamm/JamSphere Magazine