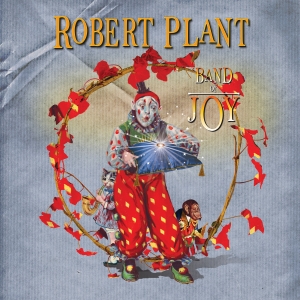 Gratitude to David Rawlings and Gillian Welch for kindness and hospitality

Why is it that we’re still hanging on every word Robert Plant sings? Why are his recordings so eagerly anticipated over 40 years into his career in pop music? Two reasons stand out above all others.

First: his voice. Surely the predominant element in reaching listeners, in making a connection with each individual, is a compelling voice. Plant’s vocals are compelling in spades: the tone, capable of everything from heartbreaking tenderness to a trademark edginess, the phrasing that lends a distinct urgency, and, perhaps most importantly, the sense of poetry, of mystery.

The second reason for Plant’s enduring ability to draw us in is that through all of these years, he’s remained curious – really curious. Not content to reconstruct one of the most successful bands in the history of rock or even to stay with a particular sound for too long, Plant seems to have an unquenchable thirst for music that moves him – whether it is to be found in Northern Africa or deepest Appalachia.

Robert Plant made his first commercial recordings in 1966. In 1967, he had also formed a group called the Band of Joy, with drummer John Bonham. Soon, Bonham, Plant, guitarist Jimmy Page, and bassist John Paul Jones assembled to become The New Yardbirds which became Led Zeppelin.

The Led Zeppelin era ended in 1980 when John Bonham died. Since that time, Plant has put his wide-ranging musical fascination to good use on solo albums, with Jimmy Page, and in recordings with bands like The Honeydrippers, Priory of Brion, and Strange Sensation. His performances have reflected his embrace of West Coast psychedelic rock, roots blues, African music, and traditional folk.

Plant continued to expand his horizons with 2007’s Raising Sand, a collaboration with Alison Krauss. Produced by T-Bone Burnett, the album’s unlikely but magnificent blend earned innumerable critical raves as well as six Grammy® Awards, including Album of the Year and Record of the Year (for “Please Read the Letter,” a Plant/Page song).

For Band of Joy, Plant enlisted his Raising Sand bandmate Buddy Miller as co-producer. “I approached Buddy Miller because he had been lighting every room that I played in when I was with Alison – and his knowledge and his gaze; he’s like a curator of a rock and roll museum packed away in three or four guitar cases and you could take these guitars out and tune them accordingly...and create some juju.”

Why give the album the name of one of his earliest bands? “In the Band of Joy, when I was seventeen, I was playing everybody else’s stuff and moving it around, and it’s kind of…time to reinvoke that attitude and sentiment.”

Plant’s overwhelming impulse was to make the music his own. “I wanted to bring my personality to other people’s songs and kick the door open a little bit…or edge it open with my hips. I mean…basically I sing the way I sing and to attack those songs in that particular way, I can only do them Plant-like, so I was thinking about Zeppelin III, I was thinking about the mixture of acoustic and powerful electric.”

“Central Two-O-Nine” by Plant and Miller is an acoustic tune with a chant-like chorus. “It’s a bit like “Hats Off To Harper” on Led Zeppelin III – it’s a throwaway of every great blues line I could think of at the time.”

“Silver Rider” and “Monkey” from the husband/wife group Low are the closest this album comes to replicating the ethereal blend of Raising Sand. This time Plant’s partner is Patty Griffin, whose voice meets his with a tone he describes as “something between This Mortal Coil and the Shangri-Las.” Whatever it is, it works, as Plant and Griffin use these two songs to create a delicate, enigmatic mood.

Plant found Barbara Lynn’s recording of “You Can’t Buy My Love” on a giveaway CD from the Oxford magazine compilation “and it was just cute. It is a pop song. So I just pushed in a kind of little ‘ooh ooh’ bridge and Patty just got her personality around it and we kicked ass. It comes out of a cupboard that your uncle might have closed up in 1963; you open the door and it comes roaring out.”

The same era gives us “I’m Falling in Love Again,” originally recorded by The Kelly Brothers. “I don’t know whether it was the Anglo-Saxon aspect in the room but it moved into a Honeydrippers country cousins song…and the thing that it does probably best of all is it brings in other voices. I really wanted this record to be A Band of Joy – you hear voices all around my voice. I’ve been spoiled I think in the past with Stuart Duncan and Buddy singing and Alison…I’ve gotten really used to hearing voices around the voice.” The voices around the voice here (Buddy Miller and Darrell Scott) sound like a Southern Gospel quartet and give the track a classic country feel.

“The Only Sound That Matters” has an easygoing feeling, but that doesn’t diminish how important its theme is to Robert Plant. “I think that the thrill of hearing people ‘mean it’ is one of the greatest gifts, just to be arrested by somebody, by some group of people who really, really mean it…you hear a great lyric and you go wow, (‘the only sound that matters,’ is what you need)…and the theory behind the lyric is great.”

Plant and Miller based their version of the classic folk song “Cindy I’ll Marry You Someday” on a recording by folklorist Bascom Lamar Lunsford. The song may be the most basic folk song on the album, but it played a pivotal role in achieving the right sound. “…We all found our common world, three hours into the session. I mean we started off probably in the toughest place by starting off with ‘Cindy I’ll Marry You Someday’…I had to bring Me into the performance, but at the same time I had to find out where the band might take it to…what might happen. So, once we were on a roll the personality and the character of the combination of musicians got stronger and stronger…”

Plant interprets Townes Van Zant’s reflective “Harm’s Swift Way” as an almost anthemic rock song. “I heard the version that Townes recorded and it was kinda like a demo. And again the lyric is dumbfounding – it just wipes you out completely. His delivery was quite disturbing, if you like. It was like the last demo you make before you put the guitar down and never pick it up again, ever. Was just like the end of everything. And it was very mournful and dirge-like and I just thought well there may be another way of doing this because the lyric is strong and maybe we can turn it into something that actually is, not a monument to him, but just another reflection of his work.”

To close out the album, the very spare arrangement and pleading vocal of the old-time country song “Satan, Your Kingdom Must Come Down” is followed by a driving, almost psychedelic version of a mid-19th century poem “Even This Shall Pass Away.” The two songs harken back – or should I say forward – to Robert Plant’s astonishing musical legacy.