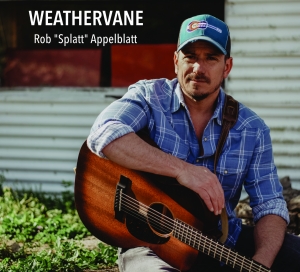 Rob aka “Splatt” by his friends is a New Yorker living on Long Island. He picked up the guitar a bit later in life after college however, a demanding career in TV commercial production kept him way too busy to focus on music.

His debut album “Weathervane” was recorded in Nashville, Tennessee in the spring of 2019 and is due to release on July 19, 2019.
3
What's This
Advertisement