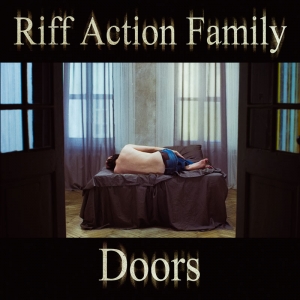 Riff Action Family, shortly known as RAF, originated their band in 2009. They started their band in St. Petersburg, which is the land of Russian culture. They are inspired by the music of Bohemian’s when in the studio. They heard it somewhere in the city and were drawn to it a lot. When you listen to their music the wind of air has been known for changes in the entire mindset of friends. With that being said their music is powerful.

Initially when they met, they started thinking of creating their own band. They just wanted to try it and explore the music. With this, they have created an experimental project and released that. Right from the beginning, they got excellent results and promising comments from the public. This has created the fire inside them and fueled their band, with even more boldness. They are simply wild and eager to rock the sound.

Success has been knocking on the doors of Riff Action Family, since they had a very good instrumentation. They are the team of four and each one gives their best, and is always trying to improve themselves. While talking about their troop, it is a mixture of feisty rock members, with a note of sensitive composition.

Stanislav Gordeev, who is called Stas, led the entire band with his electrifying vocals. Being an excellent vocalist, he is capable of writing catchy interpretation of lyrics for the band. He is was born in a musical family and has good musical knowledge.

Ivan Ponkin, who is called Vania, is well known for the guitar. Absolutely, he is an awesome guitarist and comes from the cold Siberia.

Kirill, the next band member is the pillar of the band. He is a drummer and he never goes classes to learn it. He learns drums on his own and now he is a master in it.

Anton Cookie plays bass guitar. The music flows in his blood, as his mother was a teacher from Soviet times. She used to play guitar all the times, this lead to him being a solid bass guitarist.
2
What's This
Advertisement