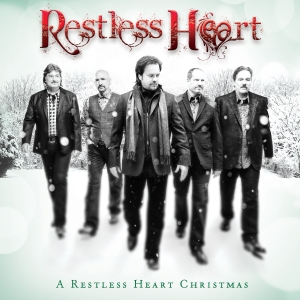 Restless Heart's version of “Angels We Have Heard On High” from their first-ever holiday album, A Restless Heart Christmas, is included as a free download in the holiday music section of the magazine. The holiday issue of the country edition of People is available for purchase on newsstands nationwide now.

About Restless Heart
Larry Stewart, John Dittrich, Greg Jennings, Paul Gregg and Dave Innis, the men who make up Restless Heart, have enjoyed one of the most successful group careers in Country music history. The band has placed over 25 singles on the charts, with six consecutive #1 hits, four of their albums have been certified Gold by the RIAA, and they have won a wide range of awards from many organizations, including the Academy of Country Music's (ACM) "Top Vocal Group" trophy. 2013 marks Restless Heart's 30th year since originally forming the early 1980's.