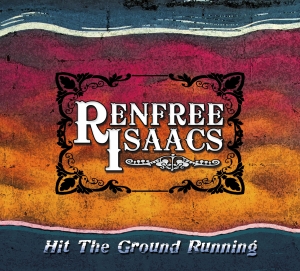 Imagine The Eagles crossed with Little Feat then throw in some Crosby, Stills and Nash. Now, throw in a dash of Louisiana Soul polished by Nashville songcraft and a pinch of Texas Red-Dirt grit, and you’ll begin to hear the sound.

Renfree Isaacs www.renfreeisaacs.com play and sing acoustic music with irrepressible joy and passion. Three singer-songwriters, each with their own distinct voice, that create a distinctive blend as recognizable as any of the great vocal groups in popular music.

Husband and wife Ren and Andi Renfree met writing songs together online, and spent seven years touring with award-winning Texas folk trio 2-Bit Palomino before moving to Nashville in 2015. A lineup shuffle at a Midtown club put them together in a songwriters’ round with Dave Isaacs, known around Nashville as the “guitar guru of Music Row” for his work as a performer and teacher, and a bond was formed that is immediately evident when the trio steps on stage. Formed officially as a trio in the fall of 2016, Renfree Isaacs fuse folk, rock, country, and blues elements into an exuberant and entertaining live show. Their first self-titled CD will be released in May.

Andi Renfree:
From Louisiana, she's a performing songwriter of the highest caliber with a voice that will throw you back in your seat, and a growing number of cuts by numerous artists, including her song "The Buffalo Grass" which was cut by Chris LeDoux on his final studio CD "Horsepower".

Ren Renfree:
Ren is from Southern California and brings a "So Cal" vibe to the trio. Along with being a great performing songwriter and multi-instrumentalist, with a very unique voice, he is a producer/engineer and graphic/web designer with numerous credits under his belt, and a client list that will knock you out!

Dave Isaacs:
Hailing from the East Coast, Dave has a Masters in Music, and is a quite accomplished multi-instrumentalist. He's also a quite accomplished performing songwriter and is known as "The Guitar Guru of Music Row", not only is Dave a fantastic guitarist and vocalist, he also gives back by teaching guitar and other instruments both in Nashville and Online. Dave was just named as the #1 guitar teacher in Nashville, TN on Expertise.com.