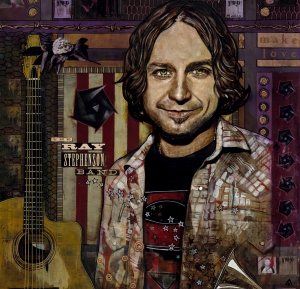 Ray Stephenson may be the next key singer/songwriter of our time. He has already crafted songs for Willie Nelson, Merle Haggard, John Anderson, Guy Clark (GRAMMY nominated album of the year), Jeff Bates, Steve Holy, The Wilkinsons, Sonya Issacs and more. He is also an established painter. He resides in Nashville, TN. and tours over 120+ shows a year (mostly across the southeast). Ray’s songs are surprisingly soulful and thoughtful for a writer his age. There is a strong thread of honesty woven into his lyric and his songs are generally filled with stories about life, love, and loss.

His newest solo album entitled “Gravity” is receiving critical praise from the Nashville press and the recording community. Gravity is a very autobiographical album. “It combines beautifully crafted lyric and narrative with stellar melody and feel,” says Gavin Richards of the Music City Scene. The album features the songs such as: "Farmboy," and "Honkytonk Road" written with another accomplished writer, Bob Dipiero. These songs shed light on the artist's early years and the current life of this singer/guitar player from South Georgia. It also features 3 collaborations with CM Hall of Fame songwriter and two time GRAMMY nominee Guy Clark.

Most of the acoustic guitar parts on this album were played on one of the home-made guitars that Ray and Guy built in Guy's workshop. It is a 000-28 Martin style body design with a slotted headstock. "I nearly cut a finger off in the process," Ray claims.


So go ahead!
Send your friends in his direction so that they may also discover this truly southern renaissance man!

Songs written by Ray that have been recorded by other artists include: