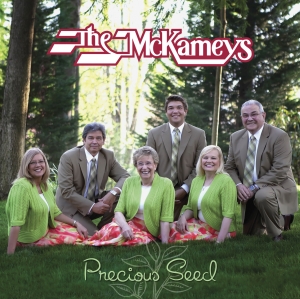 Organized as a trio of sisters in 1954, the group “The McKameys” is in its sixth decade of spreading God’s message of love and hope through their music. There have been a few changes throughout the years with one sister continuing with her family. Today, the group consists of Peg McKamey Bean and her husband, Ruben; their daughter Connie who is joined by her husband, Roger Fortner and their son, Elijah; and Sheryl Farris, who is also Peg and Ruben’s daughter.The wonderful harmonies of this family along with great songs gives them a unique opportunity to share God’s love as well as encourage the saints. Whether they are performing “I Made it by Grace”, “The Shepherd’s Point of View”, “When He Speaks”, “Unspoken Request”, or one of their classics like “Right On Time”, “I’ve Won”, or their signature song, “God on the Mountain” there is an undeniable energy that carries them through each performance.
The McKameys play about 145 days a year, traveling throughout North America. To date, they have had 30 number one songs. The group has been awarded several different Singing News Fan Awards through the years with Peg being named Favorite Female Vocalist 7 times. Ruben and Peg are both recipients of the Marvin Norcross Award and Norcross/Templeton Award respectively.
And yet, this family group is devoted to their Lord, first of all, to their church, and to their call to spread God’s Word to others through their music.
1
What's This
Advertisement