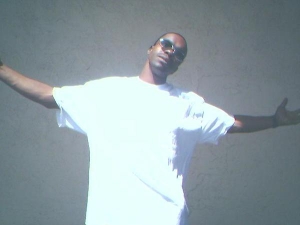 Born and raised in the jungles of the Twomps, where hustlers be getting they hustle on 24/7 dusk to dawn. Comes one of the games hottest MCs ,DJs Pharoah YT aka DJ PHAROAH YT

Whether it be Writing, Producing,Bangin out Todays hottest music on KDUB FM www.live365.com/stations/kdub, making mixtapes Coast 2 Coast Mixtape DJs , Beat making or performing live on stage in front of his fans.

Well, I guess than you could say that I resurrected like all the other Pharaohs before me. Of course, that is with one exception. I WAS BORN BLIND. It was not until 25 or so surgeries later and about 5 birthdays, that I was blessed with the opportunity of some vision.

I can remember in school taking all those classes made for the blind. I hated those classes half of the time all of my life I was the blind kid with the coke bottle glasses. As a mater of fact, I still have a pair of those 3xfocol glasses put up. Call it a moment if you would.

Anyways, I ran with the glasses thing as long as I could because I knew that there was a great chance that I would loose my site once again. I did too but this would not happen until 2003 for what its worth to, being visually impaired or blind does not make you weak or even less of a person. In fact, this whole experience has made me a better person in many different ways, and in some cases stronger. I WOULD NOT CHANGE A THING

Now, I guess that you could say that my life in music begin in elementary school. Franklin Elementary School, (Oakland CA) But, my love for the music began in the late 70s early 80s. My mother would do allot of stage production. They called it DOO ****. I would mimic what she and all the others actors and singers would do. I felt like a star. The music and all the vocals with all the different sounds had me in a trance. It is as if I became one with the music.

From then I went all through my childhood participating in music. From performing with Ms Thomas and her Choir of God (Bret Heart Junior High School Oakland CA) to The Magical Choir (Castro Valley High School Castro Valley CA). It’s always been about the love music.

I had this one cat I came into the game with Breeze. We would spend hour’s free styling over other people’s tracks. I eventually signed to his label Smoked Out Records as a member of the 798 clicks, along with C Notorious STL and Breeze. We did a few radio appearances for KPOO RADIO WILD 94.9 and 106.1 KMEL and also a few shows here ad there. We also managed to release a few projects. The first was Major Grip. This was just a demo that Breeze and I had out just as a feeler. It got good response from the public, so we put it on sale locally. The second project was done right after but due to some setbacks the record company was having, 798 were disbanded. Smoked Out Records released the album in 2000.

Now that 798 was no more. I made up my mind to open my own record label. An indie record label built by the people for the people I figured if Breeze could do it, why couldn't SO with that I DID DAT PRODUCTIIONS was born. Bringing in such artists as Pharoah YT, C Notorious, R Double and J Funk, collectively known as TOMB WORLD ORDER. With there first maxi single release T.W.O dropping Sept 2005. Soon to follow this project will be my solo album release MEDICATED Oct 2005 and a whole list of mix tapes and compilations to follow. Working with and or producing tracks for such artists as Ray Luv, B Legit, ULM, Epademik emcee esq., Dread Daze, Krome Infinite Ammo , J Switch and others. I’ve also done interviews on www.klbc.org OPEN MIC SHOW I figure as long as I have this blessing, why not use it to the best of my ability.

Now to educate myself on running an indie record label. My folks Big O gave me the basic run down on how to worked studio gear and mixing track and such. As a matter of fact I recorded T.W.O at his studio ULM STUDIOS HAYWARD CA so with that I opened my own record studio MURDER MOBB STUDIOS. And that’s just the beginning of my music career
1
What's This
Advertisement