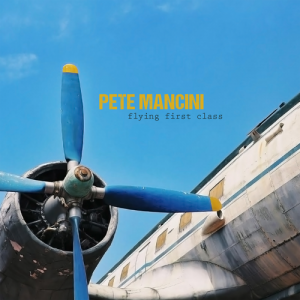 Diversion Records Recording Artist Pete Mancini got his start as the frontman and primary songwriter of Butchers Blind, a critically acclaimed rock band from NYC. His debut solo album Foothill Freeway explored the Americana influences that were a hallmark of his work with his former band.

In 2018, he released a live EP, Alive in Patchogue. Since signing with Diversion Records, Mancini has released three singles, Pine Box Derby, DUI Blues, and My Hometown. His second full length album Flying First Class was released in 2019. Mancini’s songs have received glowing reviews and radio airplay around the world, and they continue to win over hearts and minds wherever they are heard.


Pete Mancini is a gifted lyricist – an evocative storyteller who has the ability to summon images of childhood joy, all-night benders, and an encounter of love at first sight, with just a few choice phrases. It is easy to invest in his troubadour tales, especially those that appear on his new record, “Flying First Class.” David Maciotra

Mancini’s knack for maintaining a roots rock regimen is admirable, and the fact that’s he’s able to purvey that down-home demeanor without sounding overly affected or like some sort of preening pretender is further credit to his credence. Hopefully with Flying First Class Mancini will get that ticket to the wider acceptance he so decidedly deserves. Lee Zimmerman

Mancini proves to be the essence of Americana, purveying folk, rock, bluegrass, pop, and rockabilly – all sung clearly and honestly. Mancini is no newcomer but perhaps this is his breakout opportunity. He certainly deserves it. Jim Hynes

A lot of punks and other rock outliers tend to go the Americana route when they chart a solo flight. No clue why that’s the case, but one thing’s for certain: When Mancini hit the road and the internet to promote his prior album and live E.P. bearing his name, those necessary D.I.Y. means were old hat. At the same time, these songs should resonate with others first exposed to music outside the mainstream through rock and later smartened up to country and folk’s own traditions of defiant storytelling by social outcasts. Bobby Moore