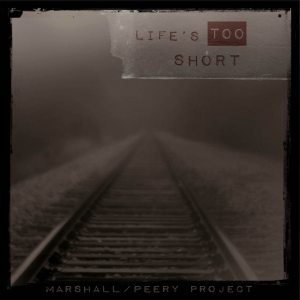 Peery writes about his personal life experiences. The cold hard truth bleeds from his pen onto the page.
It's only when you listen and take time to digest the lyrics that you can begin to feel the honest vulnerability embedded in his writing. Each project is reflected by Kevin, in his innate ability to dig up the past and offer it to the listener as if he were speaking directly to them.

The Marshall/Peery Project have appeared on the Roots Music Report and Radio Free Texas charts on and off for more than a 8 years. Their most recent release "Life's Too Short" will be the the featured CD of the month in March 2013, on both Radio Free Texas and Roothog Radio. Many Americana radio stations across the country are now spinning songs from the album "Life's Too Short" and for the first time ever, the Marshall/Peery Project is now being played regularly in Germany, Serbia, Belgium, Norway, France, the UK, Ireland, the Netherlands, Australia & Japan.

The Marshall/Peery remains committed to the creation of original Americana music.

"Life's Too Short"- Now available on iTunes, Amazon and Emusic~