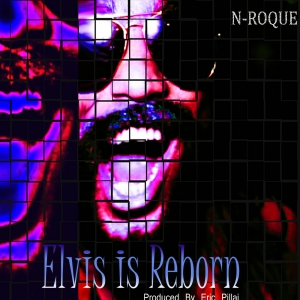 N-Roque is a singer, songwriter, composer and guitarist with a passion for breathing life into awesome new sounds. Hailing from his native country of India, N-Roque has quietly established himself as one of the most popular rising stars in the country’s music scene over the past decade.
Inspired by some of the classic rock artists of the last century, coupled with modern-era rock, acoustica, pop, dance and instrumental, N-Roque pays tribute to the masters via his iconic guitar rifts, vivid performances and determination that his art is changing the way people experience rock.
N-Roque writes and performs in both Indian and English, and has begun distributing his English-language songs worldwide since 2014. Armed with a global outreach and the type of sounds that appeal to both hardcore and casual fans of that classic flavor of rock, N-Roque’s next step is to begin taking his work on the road, with tours across Europe and the United States in the coming months.
In addition to his prolific career in concert performances, N-Roque is equally recognized for his work in television, film and advertising for world-class brands such as Pepsi, Fila and Vodafone.
When he’s not on stage or in the studio, N-Roque loves bag packing, experiencing nature, and bicycling. He recently spent two months biking 3,500 km from the southern tip of India towards the Himalayas on his own, camping along roads, jungles, or fields. His journey is the inspiration from one of his more popular songs, “Away,” which was the subject of a music video by the same name. He has also gone on extensive back-packing trips across India, typically alone, finding the solitude and connection with new friends, nature and other experiences as the ideal fuel for his inspiration.
Working alongside music producer Eric Pillai, N-Roque will be releasing numerous new hits later this year and throughout 2016. Layered beneath the vivid visuals, uplifting beats and exciting sounds in every song and video by N-Roque, is a tempered theme of honor, respect and hope that he dedicates to his fans, and to the artists who came before him. His great desire in every note is to awaken others to the power of incredible music and its uncanny ability to change the world, one heart at a time.
0
What's This
Advertisement