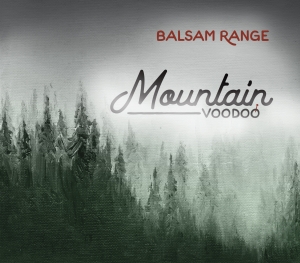 Based in Haywood County, North Carolina, Balsam Range consists of five men native to this region “where the Smokies meet the Blue Ridge.”

Nominated for three International Bluegrass Music Association (IBMA) Awards (Entertainer, Vocal Group, and Vocalist of the Year) for 2016, Balsam Range is offering something that is sure to continue to mesmerize fans of Bluegrass and beyond with their new release Mountain Voodoo, due out November 11 on Mountain Home.

Bluegrass says a lot of what this band is about, but equally important are the aspects of Gospel and Country Music. All the guys in the band grew up in the rich musical heritage of the Appalachian South, surrounded by culture and heritage steeped in traditions of The Grand Ole Opry…as well as the important influences of the Scotch-Irish settlers of the Southern Mountains, English ballads, Western songs…and tunes written by the band members themselves.