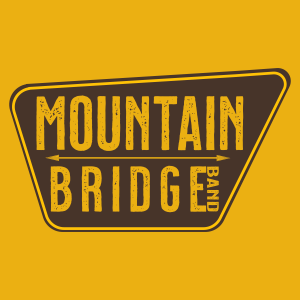 Mountain Bridge is a traditionally-styled bluegrass band based out of the South Carolina upstate. They enjoy bringing old songs and even a country number or two to today's audiences, all with honor and respect to the old traditions.

Chad Simpson, rhythm guitar, drives the band with his distinctive rhythm style filling any loose gaps with tasteful bass runs. Chad shares in a lot of the lead vocals as well as filling in on tenor occasionally.

Codie Sloan, banjo, has family roots that date back to the music of Charlie Moore and Bill Monroe. Vocally, Codie makes him home in baritone for now.

Barron Rogers, mandolin, of Waynesville, NC is a seasoned veteran of the music, having done stints with the Far City Boys as well as Jerry Butler and the Blue Jays. Barron shares the lead vocals with Chad, as well as jumping in on tenor or baritone when called upon.

Chris Williamson, bass, got his professional start with Randy Khors, was a founding member of the group Volume Five, and is also currently in the band Backline.


Mountain Bridge is currently representing themselves for bookings at festivals, churches, and concert halls.