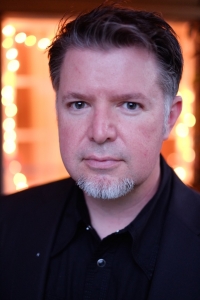 Nashville, TN- Melton & Miller Music is pleased to announce the release of Timepiece, the new EP from acclaimed Bluegrass singer and songwriter Milan Miller. With an all-star cast of friends that includes Terry Baucom, Aubrey Haynie, Justin Moses, and Balsam Range’s Buddy Melton and Darren Nicholson providing the musical backdrop, the project unveils a new batch of songs from Milan and his favorite co-writers, while putting his voice and guitar work front and center. From bumbling bank robbers to melancholy dreamers and wistful mariners to ghostly coon dogs, Timepiece assembles a memorable and eclectic cast of characters whose unique perspectives feel right at home in the pages of the Bluegrass songbook.

An accomplished multi-instrumentalist, Milan often jokes that he first moved to Nashville in 1999 because he “heard they were running out of guitar players,” but with light speed picking and his trusty tenor voice, he has built a reputation as a first call sideman and collaborator.  Traveling the world, Milan has made appearances at venues ranging from Colorado’s Red Rocks Amphitheater to Buck Owens’ Crystal Palace in Bakersfield, California, and from the Grand Ole Opry to Symphony Hall with the Boston Pops Orchestra.

Making his solo debut in 2013 with Poison Cove, the album received considerable critical acclaim, and went on to be a treasure trove of songs for other Bluegrass artists. In 2016 Milan released a duo project entitled Secrets, Dreams & Pretty Things with old friend Buddy Melton. The album yielded several standout tracks and continues to receive frequent airplay on Bluegrass radio.

As a songwriter, Milan’s songs have been recorded by some of the biggest names in Bluegrass, ranging from the traditional sounds of Junior Sisk to the progressive leanings of the Steep Canyon Rangers.  The fruits of this labor have yielded eleven number one songs in the genre, a steady stream of others that have graced the top twenty, and two nominations each for Song of the Year and Songwriter of the Year by the International Bluegrass Music Association.

Popular songs from his pen include Pretty Little Girl from Galax by Russell Moore and IIIrd Tyme Out, Carolina Any Day and What’ll I Do by Terry Baucom, and a long list from the Balsam Range catalog, including Caney Fork River, Papertown, Chasing Someone Else's Dreams, Eldorado Blue, and Something 'Bout That Suitcase. Of special note, Milan wrote or co-wrote the top three most played songs of 2016 according to the year-end compilation of airplay data by Bluegrass Today (1. Around the Corner by Terry Baucom’s Dukes of Drive, 2. Carolina Wind by Irene Kelley, and 3. Adeline by Buddy Melton & Milan Miller).