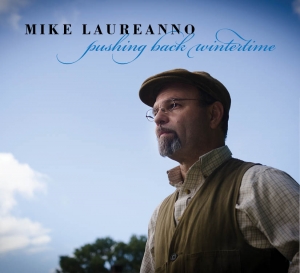 Mike Laureanno's songs have been accused of passing the
whistle test with direct honesty. His background in traditional folk music makes for melodies that sound like they were written long ago, while his lyrics make ample use of metaphor and avoid cliché.

Mike resides in Providence, RI and in addition to his own writing and performance schedule, he is a recording engineer, producer and sideman.