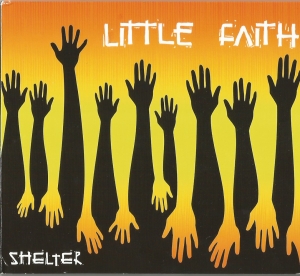 Nadia Christine Duggin - Vocals
Nadia has worked with a diverse array of artists including Miley Cyrus, Hilary Duff, Natalie Cole, Patti Labelle, Avril Lavigne, Taylor Hicks, Sonja Marie, The Sounds, and the popular LA band West Indian Girl. She has also recorded demos for various artists, as well as sung for commercials, film and television. Such projects include Mattel, and the MTV show Kaya. One of her on going projects is the groundbreaking 70 piece Hip Hop Orchestra DaKAH, through which she has had the fortune to play such venues as the Hollywood Bowl, Disney Hall, SXSW in Austin, and the New Orleans Jazz Festival. She has had the opportunity to co-write for the orchestra with conductor and founder Double G, and also co-wrote a song for the movie Hard Luck starring Wesley Snipes and Cybill Sheperd. Nadia performs regularly the dynamic performance group, MASS Ensemble, which features the largest string instument in the world, the Earth Harp (recently featured on America’s Got Talent). Nadia currently sings back-up for R&B artist Robin Thicke, and Lena Katina of the pop sensation t.A.T.u.

NELSON BLANTON has played guitar with Dwight Yoakam producer Pete Anderson, Nashville legend Al Perkins, Kevin Montgomery and many others. He appears on the latest Billy Ray Cyrus album and is co-leader of the LA roots country band Alvarado.

Jesper Kristensen - Drums, percussion Jesper Kristensen is the drummer for Wilson Phillips and Mass Ensemble. He recently produced tracks for "Holidays", the Christmas-themed album by William Close and the Earth Harp Collective of America's Got Talent fame.

Steve Elowe - Vocals Steve Elowe's voice was heard on the Disney Channel station ID theme for 6 years and he composed music for the film "Breakin'". He has performed with 70's stars Chris Montez, Bo Donaldson and the Heywoods and Pat Upton of Spiral Starecase and has been a member of Hard Water, an LA team of musicians who back many national touring acts.