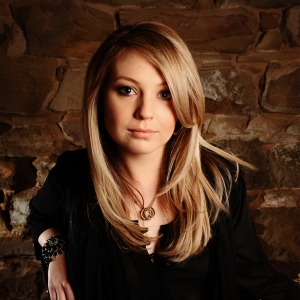 ‘Miles and Timezones’ comprises of eleven songs, four written by Kristy including the title track, and cracking album opener ‘If I Keep on Loving You’. Touching on modern country, the first single ‘Little Bit of Wonderful’ is a positive catchy song that will draw attention from young music fans. ‘I Hate That I Still Love You’ is powerful contemporary song destined for mainstream success. Kristy stays true to her roots in the traditional style country ballad ‘You Won’t Find that Here’ and teams up with her producer and friend Jerry Salley for a duet on his hit song ‘A Hard Secret to Keep’.

After months of barroom gigs, Kristy decided to pursue a singing career in the direction of acoustic music, which was heavily influenced by her travels overseas and being exposed to such artists as Lee Ann Womack, Patty Loveless, Rhonda Vincent and Alecia Nugent. This talented South Australian girl’s bright personality has seen her take home five Victorian & National Country Music Awards in 2011 with her previous album ‘Breaking New Ground’, including Victorian Entertainer of the Year in her new home state. Credited for her performance and song writing capabilities, Kristy has been a Tamworth Starmaker finalist and APRA PDA Awards finalist for Country Songwriter in 2011. From a young age, Kristy has captured attention with her distinct singing style and positive outlook, seeing her go on to open shows for Slim Dusty, Kasey Chambers and appearing on Television and major Festivals Australia wide.