John Byrne Band "A Shiver in the Sky" 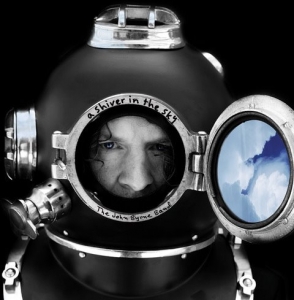 Dublin native and Philadelphia resident, John Byrne leads his eponymously-named band. Their new record A Shiver in the Sky, recorded at Spice House Sound in Philadelphia and produced by long-time collaborator Andy Keenan, shows his band of multi-instrumentalists vibrantly executing ten new originals. Strings, horns and guitars escort Byrne’s vocals through a set of songs about living and pushing forward through negative times.
Following up After the Wake (2011), Celtic Folk (2013) and The Immigrant and the Orphan(2015), A Shiver in the Sky focuses on triumph over trauma. Of this set of songs Byrne says, “Things will happen to you, and they can be immensely painful, but they will pass. And if you don’t let them break you there will be a new version of yourself that emerges and has learned the skills to live with this pain. There are cautionary tales, songs about dealing with addiction, about immigration, about relationships of all kinds, about facing prejudice, about leaving things behind. They all ultimately carry a similar message, that living carries with it the possibility of balancing out regret or mistakes that you’ve made with a future that contains something brighter. The Shiver in the Sky is the past, it’s the remnants of trauma, it never fully leaves us, but it fades with time”
With influences ranging from Tom Waits to Planxty, John’s songwriting honors and expands upon the musical and lyrical traditions of his native and adopted homes. Critics have called his writing “powerful, deeply moving work that will stay with you long after you have heard it” (Michael Tearson-Sing Out);
Both as a solo/acoustic act, and a full 6-piece band, John logs in over 150 shows per year, building a loyal and devoted following. John spent 2017/18 recording and releasing an album of folk songs with his father John Sr. Released under the name “John J.Byrne and the Twangmen” the album has been included in the National Folk Music Archives in Ireland.
Critical Acclaim
Byrne’s songs are rich with the sounds and themes of Irish tradition, one that survives in a modern world… full of raw strength… puts me in mind of an Irish Alejandro Escavedo”  Sing Out
“The Vibe of it (The Immigrant and the Orphan) is, at once, as rough as rock and as elegant as a calm ocean..each song on this album carries an honesty, integrity and quiet passion that will draw you into its world for years to come” Terry Roland – No Depression
“It’s a gorgeous, nostalgic record filled with themes of loss, hope, history and lost loves; everything that tugs at your soul and spills your blood and guts…The Immigrant and the Orphan scorches the earth and emerges tough as nails” Jane Roser – That Music Mag
“Up and coming Trad star hits the sweet spot… beautifully played… its Byrne’s natural vocal delivery that makes him stand out from the crowd” Hot Press (Ireland)
"John Byrne's After The Wake is the sort of album that an artist spends their entire career trying to create…. nothing short of a brilliant collection" - Wildy's World
“One of the few musical artists today who truly manage to be traditional and modern at the same time.” Philadelphia Inquirer
“He’s good, period, with material that’s edgy yet accessible in a Luka Bloom meets Bob Dylan kind of way.” Philadelphia Daily News
“Amazing tales of life and semi-autobiographical tunes… You’ll want to listen over and over again.”
Reviewer Magazine“
For “fans of Celtic music, Bob Dylan, Steve Earle, Lucinda Williams and other such lyrically expansive folks.”  Sun Herald