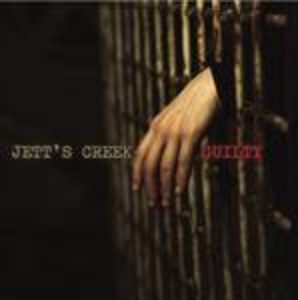 The traditional bluegrass tunes, tight family harmony and incredible original material by the 6-piece bluegrass band, JETT'S CREEK helped launch the band’s first national album release, “SUPPOSED TO BE” in 2008. The group is getting ready to release heir brand new album, “GUILTY” coming May 5, 2010. The California Bluegrass Association said Jett's Creek has "stirring vocal harmonies and carefully blended instrumentation" and WorldWideBluegrass.com calls their sound "authentic and doing justice to what bluegrass is all about."

The band members have a long history in bluegrass music and of course there is nothing like family tight harmony to give them their unique sound. Adam McIntosh joined the Dry Branch Fire Squad at the age of 18 and spent the next three and a half years touring both nationally, and internationally singing tenor, lead, and playing both guitar, and mandolin. He also recorded, and co-produced that group’s Rounder Records release “Dry Branch Fire Squad Live at the Newburryport Fire House.” Adam’s original song, “He Loves Me” appears on the band’s new album, “GUILTY.”

Adam and his sister, Angie Young co-produced the band’s album “Supposed to Be.” Angie not only provides her outstanding lead vocals to Jett's Creek, but she is an accomplished songwriter and producer. She penned the title track from “SUPPOSED TO BE” along with the captivating a cappela song, “The Prayer;” plus “Please” and “One Small Problem” appearing on “GUILTY” where she also served as Producer.

Adam and Angie’s Dad, Jon McIntosh wears several hats in the group. You will hear his lead vocals on many of the hard driving bluegrass tunes as well as rhythm guitar and harmony vocals. Jon has also provided original tunes to “SUPPOSED TO BE” writing, “Now I’m Thru With You” and “Two Ships.” Jon was a founding member of the early 80’s bluegrass band, Misty Mountain based in Lebanon, Ohio. In the late 80’s he helped form the band Timely Arrival. After years of performing, Jon took a break to concentrate on his young family, but after retirement, he joined forces with his children, Adam and Angie, to form Jett’s Creek.

To give Jett's Creek even more versatility, Adam has moved over to guitar opening a spot for banjo extraordinaire Brad Jessmer. Wayne Haddix of the gospel group the Haddix Family lends his talent on the mandolin and fiddle. Wayne also jumps in and treats us to his tenor and lead vocals on some favorite bluegrass classics. Rounding out Jett's Creek jeff Byrd on bass formerly of the Jeni Lynn band and Higher Ground.