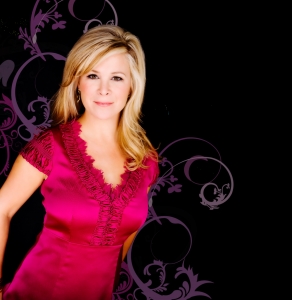 Look for Jenny in the June 1st issue of COUNTRY WEEKLY Magazine!

*Debut CD AVAILABLE NOW!* in over 30 ROUSES Markets in south Louisiana and Mississippi.

Ask anyone that knows Jenny Brooks and they will tell you she belongs on stage. She’s been there all her life. As a little girl, Jenny performed at the World’s Fair in New Orleans, for the Dallas Mavericks, New Orleans Saints, and in Walt Disney World. Since then, Jenny has shared the Superbowl Halftime stage with Doug Kershaw and Irma Thomas and enjoyed the lead vocalist role for Celebrity Cruise Lines touring the Mediterranean. She's been making a name for herself in her home state of Louisiana as she performs at countless festivals and concerts. Most recently, Jenny was the opening act for Jake Owen and Tracy Lawrence and the headlining act for the USS Kidd's Star Spangled Celebration.

The Louisiana native packed up a U-Haul six years ago to try her luck in Music City. She spent over a year on the stage at the World Famous Tootsie’s Orchid Lounge. She has also entertained audiences at the CMA Music Festival and appeared in several country music videos, including Tracy Lawrence’s current video “Till I Was A Daddy Too” and Lonestar’s “Let Me Love You”. Jenny has performed the National Anthem for all types of sporting and political events including the NBA New Orleans Hornets and Memphis Grizzlies, Nashville Sounds, Louisiana Inaugural Ceremonies, and the Little League World Series.

Raised in Louisiana where the music is as hot as the Tabasco, Jenny is redefining country music with her own unique blend of down-home cajun flair and swampy R&B influence.  Playing over 100 dates a year and selling more than 10,000 CDs independently, she's making her mark and charming audiences all over the country. She is undeniably country offering attitude, sass and irresistible girl next door charm to every performance. Her extensive experience in front of live audiences is evident by her commanding stage presence--she's a total entertainer! She was recently featured in the world's leading country music entertainment magazine, Country Weekly and has appeared on CMT.

Along with being an extremely talented vocalist, Jenny is an award-winning songwriter. She says, "Country music is about life's experiences, and I love to write about that...everyone can relate in their own way." You can catch her performances at popular songwriter venues all around Nashville. She’s a regular on The Billy Block Show and has been featured as an up-and-coming country artist on WKDF’s Locals Only Radio Show. The title track of her album is featured on the new compilation CD "Love Song to New Orleans". Also, her song “Baby Footprints In The Sand” was played on nearly 200 radio stations worldwide and is on a compilation CD raising funds and awareness for Music and Arts programs in Louisiana.

Jenny Brooks collaborated with accomplished producer, Mark Oliverius (Lorrie Morgan/Ashton Shepherd/Trick Pony) to release her debut CD “Down In The Bayou”. The album includes 11 original songs written by Jenny and some of Nashville’s greatest songwriters and is being sold at over 30 ROUSES Market stores in south Louisiana and Mississippi. For more on Jenny Brooks, check out www.jennybrooksmusic.com.

"Jenny Brooks is one great singer with a passion for life that shows in her delivery. Looks like another star has shown up in Nashville." Steve Pope, Tuneshop, Nashville

"Jenny is full of energy and you can tell it the first second you meet her. Her song "Baby Footprints In The Sand" is well written, and just an amazing song in general. I think a listener said it best..."That song is about real life" and it is". Melissa Frost, KRRV Radio, Alexandria, LA

"If anybody's got the drive and talent to accomplish her goals in country music, it's Jenny. She's great!" Jennifer Blair, Jennifer Blair Radio Promotions