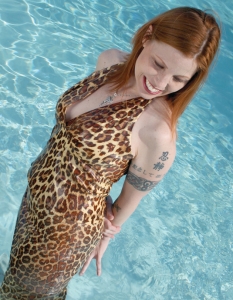 This gift I give to You."

"..a complete work with a satisfying and substantial window into Bye's artistry & attitudes. The self-incrimination, surviving self-esteem, & genuine appreciation of life that is woven through all the lyrical lines and music is an artistic time capsule that should be opened again & again." ~Earbuzz.com

In August 2007, jen produced a well-crafted, eclectic alternative pop/rock CD with bad sister music's release of "Less Than Perfect For This World". She hired on bassist Jason P. Chesney and drummer Christopher Allis, along with some other special guests including Wenty Morris, Michael Starr, Shon Sullivan and Dan Marfisi.

This album is laced with interesting stick-in-your-head melodies, boldly candid lyrics and fearless conviction. This introspective collection of songs has age, wisdom, a little damage, and an incisive edge that doesn't sacrifice hope for cynicism. It travels all over the map: from a breezy accordion to a groove driven bass, from a melancholy cello trio to heavy layers of electric guitars and from swirly brushes on a snare to heavy hitting rhythms. Diverse, yet consistent, "Less Than Perfect For This World" is sure to be a worthy addition to even the most discriminating music lover's collection.

jen's talents shine through in her lyrical honesty and eclectic songwriting, covering a wide spectrum of emotions that go beyond simple angst. When presented by her stirring voice, they are made all the more evocative. Combining her extensive musical prowess with a sensual yet ballsy stage presence, jen's live shows are arresting and unforgettable.