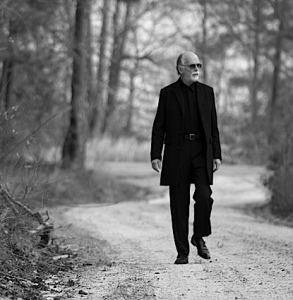 The Grammy Award Winning co-founder of ¨The Amazing Rhythm Aces¨,has been around the block a few times. Born in South Carolina, James´ roots are still very deep there, but,he´s since worn out many a suitcase-Memphis,Nashville,Muscle Shoals,Georgia,Ireland, and now, he´s holed up in The Balearic Islands (Mallorca) off the southeastern coast of spain, writing and recording in his home studio.

¨I began working nightclubs during my 9th grade year. After high school, I lived first in Charleston, SC, then on to Charlotte, NC. In 1968, I moved to Memphis and started a long period of productive road and studio work. I was a member of the HI Rhythm Section at the old Royal Recording Studio, which was the home of HI Records. At HI, I recorded with: Willie Mitchell, Al Green, Ann Peebles, Otis Clay, O.V. Wright, Syl Johnson, Donald Bryant, Ace Cannon, and Bill Black's Combo and many others. I took various road gigs while in Memphis, including Eddie Floyd and Al Green. It was with Floyd that I met and recorded with Jimi Hendrix in early 1970; this was before I changed my name from James Brown(don´t laugh)to James Hooker. If anyone reading this knows the status of these recordings I made with Jimi Hendrix,, please email me at: info@jameshooker.net. I would love to hear the recordings after more than 40 years.

In 1971, I pulled the chocks and went to work for Rick Hall at FAME Studios in Muscle Shoals Alabama. As a member of the FAME Gang, I took part in many sessions that produced many hit records under Ricks tutelage. While at FAME, I first started writing songs with an eye at making a living at it.

At the end of 1972, I moved back to Memphis. This is when Willie Mitchell bought a young guy by the name of Al Green to the studio. ¨Papa¨ Willie told me to ¨Come a´runnin¨. I performed on all of Al's albums through "Belle" It was around this time that I was brought on staff to Sam Phillips Recording Studios. While working for Sam and Knox Phillips, a rag-tag bunch of guys from Knoxville stumbled in one day in early 1975. They were to become The Amazing Rhythm Aces and I was asked to join them, after playing piano on their first album which produced ¨Third Rate Romance¨ - I thus became a founding member. (The "Amazing" wasn't even part of the name yet-it was adopted to avoid conflict and a ruinous lawsuit with "Bobby Moore and the Rhythm Aces."

After five years of ups and downs with the Aces, it was over, and I returned to a more sane life.

In 1983, I joined Steve Winwood for a European tour. Also in 83-84, Along with Winwood, I took part in the ARMS concert at The Royal Albert Hall, and the subsequent ARMS American tour with Eric Clapton, Jimmy Page, Jeff Beck, Joe Cocker, Charlie Watts and Bill Wyman. In 1986, I joined Winwood again for the "Back In The High Life" tour. My song ¨Freedom Overspill¨ appeared on the ¨Back In The High Life¨ album.

I remain an Amazing Rhythm Ace, though I no longer tour or record with them. I could (and someday will) say more, but, the truth can wait -´Nuff said.

I now make my home´s in the Illes de Balears, Spain, and, County Tipperary, Ireland.

I´m in my studio writing and recording every day.