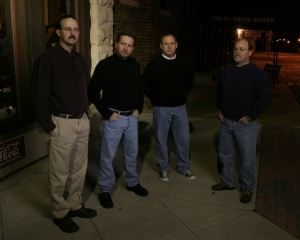 Iron Horse was approached in January 2003 by Los Angeles-based CMH Records to record a tribute album to the heavy metal band, Metallica, which was released in October 2003. Since "Fade to Bluegrass", Iron Horse recorded several other cover projects for CMH, but they also create much of their own music. With an innate ability for cross-genre arrangements they have recorded four self-produced albums. Their latest is an all original ten song CD titled "Horse & Pen".
36
What's This
Advertisement