The Honeycutters "On The Ropes" 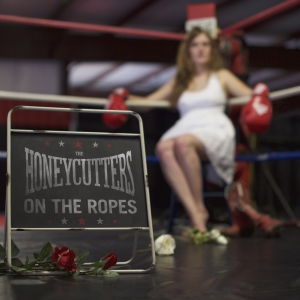  On the Ropes builds on the critical success of Here’s what others are saying...
The Honeycutters breakout album Me Oh My [Organic Records] which appeared on over 20 top 10 Year End Lists for 2015 and launched the band onto the national stage.
Led by gifted songwriter and magnetic front woman Amanda Platt, the success of the band continues to grow with performances at major US festivals, special selected showcases at the Americana Music Festival in Nashville and opening for Tedeschi Trucks Band.
The Honeycutters have sustained multiple months on the National Americana Radio Airplay Chart and in February nationally syndicated NPR radio show The World Cafe travelled to Asheville, NC to record a special live performance of the band.
“There are a lot of worthy and compelling Americana singer-songsters and bands out
there right now, it’s a rich landscape. But The Honeycutters, fronted by Amanda Platt is surely a wonder to behold. The band just sounds so darn good and makes a style of country music that always makes me feel good, even when it’s so melancholy.” –Amy Ray of The Indigo Girls
“Ms. Platt deserves to be rubbing shoulders with Lucinda, Loretta and Nanci. Already well established in the Blue Ridge Mountains, The Honeycutters must be destined for far greater success. If not, the world is going to hell in a handcart.”
–David Innes, R2 - Rock ‘n’ Reel (UK), 5 star review www.rock-n-reel.co.uk
“Chances come and go quickly, and The Honeycutters
are not missing the opportunity presented to them. The band has a quarter and there is a ‘Jukebox’ begging for a little taste of it.”
–The Alternate Root, Danny MCCloskey
“Amanda Anne Platt...is able to convey feelings and
experiences so simply and honestly that the listener knows of what she is speaking. Those songs are fueled by the stellar instrumentation of her bandmates on dobro, mandolin, drums and pedal steel as well as Platt’s captivating vocals, ethereal and earthy, which deliver those words with a wisdom beyond her years.”
–The Daily Country, Tara Joan
15
What's This
Advertisement