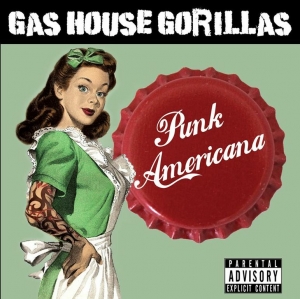 The Gas House Gorillas often bring the show into the audience spurring fans to sing, dance and get wild. Cutting up with each other and the crowd, the Gorillas are more than a great band, they are great entertainers as well.

The band describes their sound as Punk Americana which encompasses a broad range of styles that include Jump Blues, Rock & Roll, Roots Rock, Swing, Cajun Music with Punk Rock energy. Artists as diverse as Wynonie Harris, Groucho Marx, Sam Cooke, Fats Waller, and The Ramones all coexist in the Gorillas musical and on stage vernacular.

The Gorillas have been burning down clubs and festivals all over the country for the past eight years. Summer 2013 saw the release of Punk Americana on Lanark Records, which became the # 1 and # 2 most downloaded rock album in the country competing against national and international recording artists. An impressive accomplishment!