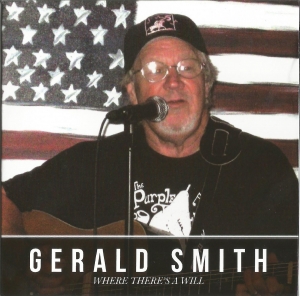 contact Gerald Smith
georgiaquacker@yahoo.com
Songwriter Gerald Smith is originally from Statesboro GA and has resided in Nashville
TN since 1986.

A prolific songwriter, Smith has penned such number one songs as “What part of no” for Lorrie Morgan and “Every Second “ for Collin Raye. He has also had cuts by George Strait, George Jones, Johnny Rodriquez, Becky Hobbs , Moe Bandy, Joe Stampley, Clinton Gregory, the Bankesters, the Rigneys, Darin and Brooke Aldridge, Little Roy Lewis and Lizzy Long and many others

Gerald appeared regularly as the Georgia Quacker on the syndicated TV show Hee Haw and Nashville Now with Ralph Emery back in the late 70’s and 80’s.

In addition to the country cuts, Gerald has also had 6 top 20 Christian country hits which he sang himself and 5 country number 1’s in the country genre sang by other artists.

Gerald is presently writing for melody roundup music in Nashville and is also a performing artist on melody roundup records. His single “you play like Chet' went to number 8 in the Americana roots chart and number 16 in the new music weekly chart. His album and single is #1 in the Arkansas roots chart.

In 2011, Gerald was inducted in the North American Country Music Hall of Fame and was given the legendary songwriter award. He recently received a 3 million air play award from B.M.I. for airplay on “What Part of No”.