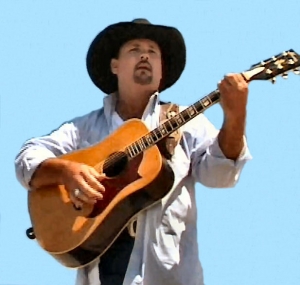 Born and raised in Houston, TX, contemporary country singer Gary Helms spent his time working the local Texas dancehall circuit. Gary completed college at the University of Houston/Downtown (U of H/D) in Houston where he was majoring in criminal justice.


From the hotspots of east Texas and southwest Louisiana to the traditional toe-tapping dance-halls of central and west Texas, Gary Helms has played to standing room only audiences and kept them screaming for more. Few artists have made such and impact on the Texas country music scene. Nonstop touring and professionalism have made him one of the most in demand country artist in Texas.

Gary received a few accolades in February 1994 when he was featured in the 93Q Country Radio Magazines (Houston Rodeo Edition) as a regional fan favorite. Gary has also been one of the feature artists at the Houston Musicians Re-union for the last five years.

Gary grew up in North Shore, a small town 15 miles east of Houston. With country boy charm, good-looks and manners, Gary is an icon of respect.

Though his passionate love of the stage has already provided him opportunities to perform for fans across the country, his heart remains true to Texas. His roots and respect for the Lonestar people run as deep as the state's seemingly bottomless mine of platinum talent.

"Gary Helms is a great asset to the music industry. When someone finally realizes what talent is being wasted he will make it big."
A. Horne: Brookshire, Texas

"I have been a fan of Gary Helms' music for quite some time. In the early days of his career, I noticed an uncommon talent in him. Through the years he has honed this talent through life's trials and tribulations. His determination and dedication to the field of entertainment are nothing less than inspiring. A few years back, I was able to book Gary and his band for a business/social function. My boss was overwhelmed at the quality of the performance from a then relatively unknown talent. The way Gary connected with the audience was amazing. They were following the path he led them on through the lyrics of his songs. Gary has developed his art through the years, and to this day still leads his audiences on a trip with his combination of original music mixed with popular hits. Each time I hear him, it seems he has found a new way to improve his sound. I will be following this talent to see just how fast he will reach his inevitable stardom."
N. Hughes: Houston, Texas

"Gary your great! We drive an hour and a half just to see your shows."
J. and D. Walshak: Austin, Texas

In 2009, Budweiser Recognized Gary's accomplishments and signed him to a contract for Budweiser. Budweiser is currently preparing for a regional promotions campaign. Budweiser's promotional campaign includes signage, banners, posters, table tents, radio and printing on all of his live performances.

Millsap Company recognized Gary's talent on a corporate level and provides him with guitars.

JL Industries has also taken Gary under their wing and provides him with sound and lighting gear for select shows across the country.