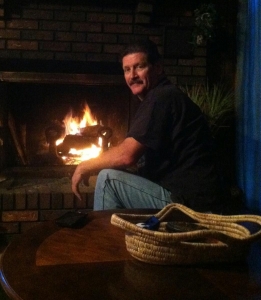 Frank A. Zimmerman AKA Uncle Frank

Born on June 18, 1954 in Harrisburg, PA to Robert Monroe and Eva Mae Zimmerman, Frank was the youngest of six children, five boys and a girl. His parents relocated to Nashville TN when he was just six years old. Tragedy struck the family when franks was only eight years old. His father died at work from a heart attack. Eva Zimmerman was left to raise her six young children all on her own.
After a short stretch in the Navy, Frank became a plumber, electrician and fiber optics professional over the years. In 2004 he moved to Tullahoma, TN and worked for Aerospace Engineering for a little over 15 years before retiring to pursue a music and writing career, something he had dreamed of since becoming a young man growing up in Nashville.
He met his current wife Debbie in January of 2009 and in November of the same he proposed and married her December 19, 2009 stating he had met the girl of his dreams, he stated he didn’t want to give her a chance to change her mind about taking his last name so he wanted it done fast…..or so the story goes. Between them they have a combined family of five children and eleven beautiful grandchildren and currently reside in Tullahoma, TN.