Eddy Raven - All Grassed Up 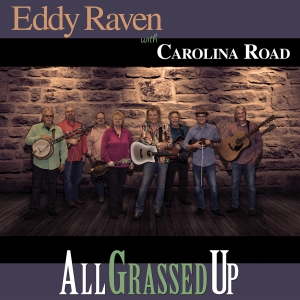 Eddy Raven has recorded his first bluegrass album All Grassed Up. Raven is a well-known country star with a long list of number one and top ten singles. His style of music is rich in lyrical imagery and strong in roots. He has been writing and playing a mixture of rock, country, Cajun and blues since he was a Louisiana teenager. Not only is he a top rate performer but a prolific songwriter. Dozens of famous artists have recorded his songs. Some of his most famous songs include “I Got Mexico,” “Bayou Boys,” “Operator Operator,” “Thank God for Kids,” and many more. Many country artists have crossed over to the bluegrass world but few enlist the help of such a respected traditional bluegrass band like Carolina Road.
10
What's This
Advertisement