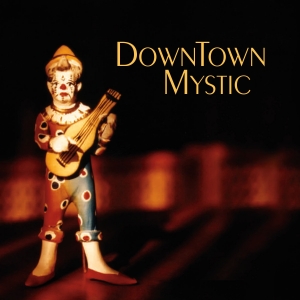 Check out other DownTown Mystic Releases:

(p) & © 2013 Sha-La Music, Inc. All Rights Reserved. Unauthorized duplication is a violation of applicable laws. Printed in the U.S.A. www.shala.com

With the release of the Standing Still CD in 2010, DownTown Mystic was introduced to the Americana audience. With a retro sound that invited comparisons to classic rockers like Buffalo Springfield, The Byrds, Rolling Stones, CCR & Eagles to New Wavers like Dave Edmunds & Nick Lowe’s Rockpile, DownTown Mystic received critical acclaim for offering up a fresh take on a classic sound.

Nearly 3 1/2 years later in 2013, the Roots Rocker returned to the Americana genre with the release of the self-titled DownTown Mystic CD--an album that covers all styles from Folk to Rock to Blues to Country and everything in between.

"one of the best albums of the year"
John Shelton Ivany/jsiTop21.com

"give this gem a good listen. You won't regret it!" Dani Heyvaert/Rootstime/Belgium

"The modern influence comes across on many of the songs, but to my ear is best played with the Band Of Heathens-like "Everything"
Shawn Underwood/Twangville

""In The Cold"...a fast paced acoustic rocker it captures the likes of Poco and the Eagles as guitars and mandolin mesh over the rhythm section and the harmonies soar, it’s a sparkling and invigorating song" Paul Kerr/Blabber'n'Smoke/UK

From there, DownTown Mystic was off and running. Besides gaining recognition from Radio programmers, the DownTown Mystic Brand has been developing nicely with Music Supervisors via Sync Licensing. DownTown Mystic has music placed in movies and on over 100 TV shows, including The Voice on NBC, American Pickers on the History Channel, as well as shows on MTV, USA, CNN, Discovery, NatGeo, GACTV, TLC, WETV, Destination America and Lifetime.

More DownTown Mysic on the web: