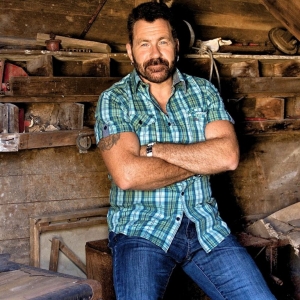 Dean Young Releases 'That Guitar'
An upbeat, traditional sounding country song with relatable lyrics delivered by smooth, warm vocals that are powerful and emotive.
This song is about the connection Dean Young's Dad had with music and the influence it had on Dean, as well as the loss of his Dad through both the devastating impact of Alzheimer's disease and later his passing in September 2018. Dean calls this the hardest song he has written yet; with a goal to express a very sad situation without the song sounding "sad".
"That Guitar is one of the hardest songs I have written so far. We lost my Dad in Sept. '18 (Alzheimer's & other health issues)
My Dad gave me music & there was always music surrounding us.
The song is about the guitar that I remember so dearly from my early childhood, as he worked to provide for his family. I wanted to share this sad part of my life without it sounding "sad" & I think the Producer (Barrytone Studios) & I accomplished that."

REVIEW - Dean Young - Canadian Beats Media
Dean Young has released his latest studio album, Makin’ a Life. With his neotraditional country sound, and soulful twang Young adds another chapter into his musical career with Makin’ a Life and continues to carry on his country music craft. The eight song album contains some hard hitting country tracks including the singles, “Carnival Ride” and “Tennessee Honey.” Released across all major music retailers, Makin’ a Life is sure fire addition to round out your summer 2017 album collection.

From humble beginnings and lots of hard labor, Young has fought hard and fought long to launch his musical career. Through it all the one thing Young maintained was his love for country and his natural ability to create and perform quality music. Makin’ a Life showcases Young’s talent and displays it proudly in the form of a great country album.

The album opens up with the single “Carnival Ride,” which is one of my favorites. I love the tempo and Young’s vocal performance on this track. If you have ever been in love, you know that a “Carnival Ride” is the perfect analogy for just that.

I really enjoyed “It’s a 7 Day World” as it came on when I played the album back a few times. It has a groovy beat and you are instantly hooked. Mixing his retro sound with elements of country-pop is what makes Young’s sound unique. “It’s a 7 Day World” reminds us to take a break and focus on what is truly important and not make “Every day like a Monday.”

“Whether” is another one of Young’s little gems on this album. I love the fun lyrics and again Young does not disappoint you vocally. It is a toe-tapper and its tongue and cheek words bring a smile to your face.

With a nod to being a father, Young touches all the right feelings with “Love Them Like Crazy.” Not only is it one of the more country sounding tracks on the album but it is also a great love song from parent to child. Loving those little moments and watching you children grow is one of the most special things you can be a part of and Young captures that with this tune.

When “Tennessee Honey” was released as single I got really excited for the whole album. As a first taste of Young’s music, I knew I was a fan. “Tennessee Honey” is one track you can keep on repeat. With Young’s voice and the musical arrangement of the track, “Tennessee Honey” gives you something reminiscent of a track that Brooks & Dunn could have pulled off back in the day.

A track that speaks to me, “Get Your Country On.” Talking about all of my musical heroes, “Get Your Country On” reminds us that you just need that kick off your boots and plug back into your roots. I got goosebumps hearing Young mention some of my childhood idols in his lyrics. From Conway Twitty, Loretta Lynn, Patsy Cline, and Merle Haggard, Young did his best to leave no one out. It is by far on of my favorite tracks on the album and is number one on my repeat list.

Young rounds out the album with “Before You Walk Away.” Saving one of his best for last, it is another ballad that Young sinks his teeth into. A relationship on its last legs, Young tries to convince the love of his life to give him one more chance. The song has a great arrangement. Letting his voice and lyrics speak for themselves, “Before You Walk Away” is another great showcase of Young’s vocal talents.

I loved getting a chance to listen to Makin’ a Life. Out now, the album is available online through most major music retailers including Young’s website. Check out a preview of the album right here! Young will hold the Makin’ a Lifealbum release party on Saturday September 2, 2017. If you are in the Fort Erie, ON area and want to attend, check out the event on Facebook for a chance to catch Young play all of his songs live and interact with Young at this special event. Young will be backed by a full band and will not disappoint.