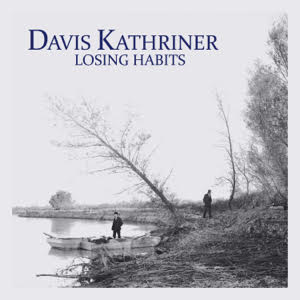 The Davis Kathriner duo formally began at the start of 2017. Songs were posted back and forth between Ben Davis (in Brooklyn) and Danny Kathriner (in St. Louis) – sometimes as solo phone recordings, sometimes half-produced demos, sometimes just fragments – and over several months the sounds evolved as the songwriting pair reinforced and refracted the others’ ideas. By the summer, the songs had formed into clear-enough roadmaps to warrant an unrehearsed recording session in the middle. Lexington, KY was chosen as the venue, and with the guidance of engineer Duane Lundy in his Shangri-La studios, the “Losing Habits” sessions began.