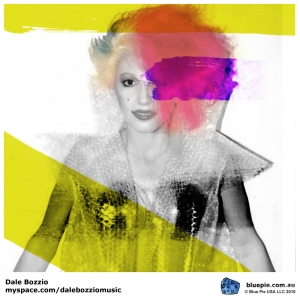 Dale Bozzio was the creative focus of Missing Persons, one of the 80's most provocative new wave music pioneers to hit the music scene in the early 80's. Dale is a singer, songwriter, and fashion style conceptualist. Creating a truly unique image and vocal style that would later go on to influence the likes of Gwen Steffani and Lady Gaga. Dale is the original Lady Gaga. Take one look at the iconic fashion and sexploitation of her image and fashion sense to see where the source of one of today's biggest artists images originated.

Dale had a habit of turning up at just the right time, in just the right place. Like at the top of alternative international music charts, on critics "Best Of Lists" and on concert stages where her distinctive voice and dazzling good looks earned her a fervent following worldwide. Dale Bozzio created L.A. based Missing Persons and went on to wax two best selling gold albums, Spring sessions M and Color In Your Life and scored a smash underground hit with "Walking In L.A.". The band disbanded in late 1985 but left a classic and iconic body of work that today is more relevant that ever.

In 1986, after a year of intensive woodshedding in the New Hampshire countryside, Dale was ready to step out on her own. A phone call to old friend Prince ( Yes that is Prince the multi platinum selling icon of the 80's and 90's ) landed her a recording deal at Paisley Park and she returned to Los Angeles to began cutting her debut solo album. The result was "Riot In English", a sizzling collection of dynamic Dale originals, featuring her single "Simon Simon" and including the Prince - penned "So Strong". Go ahead. Call out Sam Spade, Charlie Chan and the Mounties. No matter how hard you look, your never gonna find anyone as exciting, talented and totally original as Dale Bozzio, the original Lady Gaga. The album was released on January 1, 1988 on Prince's Paisley Park Records. The lead single "Simon Simon" was a Top 40 dance hit and was also a crossover hit in Europe. The 2nd single, "Riot In English" create a wave of radio play and dance club interest charting in many of the Euro dance markets at the time.

In 2000 Bozzio’s cover "Into the Groove (Meeks Remix)" appeared on the album Virgin Voices: A Tribute to Madonna Volume Two on Cleopatra Records. That cover has also been included on some more recent "Tribute to Madonna" compilations.

In June 2005, Missing Persons Featuring Dale Bozzio appeared on week five of the NBC show Hit Me Baby One More Time. They performed "Words" and a cover of the Kylie Minogue dance track, "Can't Get You Out of My Head". This was received with rave reviews that went on to spark a US National Tour.

Missing Persons Featuring Dale Bozzio has toured throughout the United States. During the past few years, the band has made several appearances on the Regeneration Tour, played club dates on the west coast during the Summer of 2009, and most recently played with the 1980s Club Tour at venues across the country in the Spring of 2010.

Dale Bozzio has been widely credited with influencing Gwen Stefani’s vocal styling and in recent times direct comparisons have been made between the hairstyles, makeup and outfits that Dale Bozzio wore when performing with Missing Persons in the 80s, and Lady GaGa’s style today. Both Gwen and Lady Gaga have publicly acknowledged Dales influence not only in musing but in her truly unique fashion style that today seems to be almost tame compared to her heydays in the 80's. Madonna's image of the early 90's can be seen to echoe the roads that Dale paved.

In 2010 Dale signed to the USA leading independant label " Full Entertain Music ". The label, under the leadership and direction of its founder Mr Stephen Wrench has now formed a global partnership with Blue Pie Records to launch Dale's new music and to establish Dale as one of the most influencial icons to emerge from the 80's that today 2 decades on inspires fashion on a global basis through the new wave of Dale Bozzio inspired artists including Gwen Steffani and Lady Gaga.

For more information on Dale you can visit her websites below.