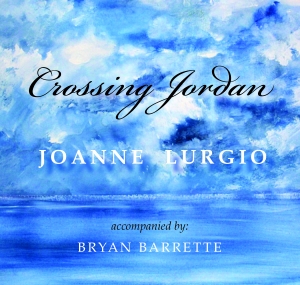 "Believe me when I say Crossing Jordan is more than just a new recording project. There is no doubt it was a special calling for me to create some much needed peace & comfort in the best way I know how, through music; even its timing was beyond my control. When you get a "calling" you have to respond. Crossing Jordan is my response to that call."
Wishing You Love Peace & Comfort,
Joanne
_______________________________
About Joanne ~
A talented songwriter, combined with her gifted voice and wonderful guitar work, will prompt you to chase your dreams and offer a tale or two about ordinary people who, like her, excel and inspire.

"Joanne is that rare artist that never fails to deliver a great song lyrically, melodically and that voice..that killer voice never fails her" - Jack Gauthier producer/engineer

Named Motif Magazine's 2012 Female Vocalist of the Year, Joanne’s recording, Nothing Remains the Same, named Album of the Year 2010 Motif Music Awards was recorded and produced by Mike Dunbar in the heart of music country, Nashville, TN who states, "Her songs, singing and guitar work, honed and polished in the venues of New England, have brought her to be voted "Best Singer and Songwriter of 2007 & 2011 by Motif Magazine. Joanne has a distinct Americana feel with New England charm. She moves from country to bluegrass, folk and r&b to gospel, all with a bluesy undertone."

Joanne has had the great pleasure to share stages with Amy Helm, Vance Gilbert, Cheryl Wheeler, Jon Vezner & Don White and many more.