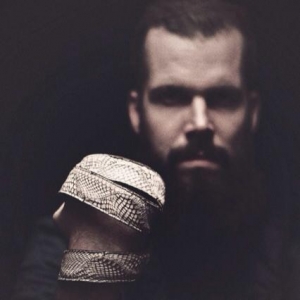 
The Final Tradition
East Nashville resident Clark Paterson writes songs that are so raw and honest they will scare the pants off of you. Boasting a rough, anti-freeze gargling, world-weary voice, his new album, The Final Tradition, is gritty, intense, often dark, and certainly passionate. Paterson calls his blend of vintage country, punk and rock “Grindhouse Country,” a term that makes perfect sense.
Producer Eric McConnell (Todd Snider, Loretta Lynn, Will Kimbrough) centered his production around Paterson’s raw voice and songs using some of Nashville ‘s most respected indie scene musicians. An experienced bunch, they scream out of the gate, such as on “Kansas Saturday Night,” a scorched earth rave-up that would recall The Slits or Social Distortion but for McConnell’s atmospheric production.
Paterson’s own sound has evolved honestly, inspired by everything from Neil Young to The Clash, Iggy and the Stooges and Bruce Springsteen. Growing up on the family farm near Sandusky, Michigan, Paterson attended college in Chicago before grabbing a guitar and backpack and heading to Europe, South America,Japan, Sweden and Finland to play country music. “I’ve been robbed, beaten, and deported,” he laughs. Landing in Nashville some seven years ago, Paterson has honed his “Grindhouse Country” to a sharp edge. Critics’ Comments “One of the good things about Paterson is he can't be summed up in one style. He's not worried about the rules of one genre or another. He's simply doing what's right for the songs — and the songs are pretty darn good. Paterson is going to be a fun artist to watch as time goes by.” — Wayne Bledsoe / Knoxville News Sentinel
“These are real-deal songs, the kind that will pulverize what has come before in the artist's life. Lyrically he's writing short stories based in verse, and sonically he owes as much to Nick Cave as Ferlin Husky. He lives in East Nashville now, and just might be the flag carrier for what can be done there. If it's been too long since soul-scary music has invaded the neighborhood, this is the one to find. A killer contender has claimed the right to call himself that. Darkness has never spread so much light.” — Bill Bentley / The Morton Report
“You can feel the anguish of his heart beat in his throat. His are songs that dare and stand proudly on the horizon. Rock'n'roll wild, for hearts that are shabby and fearless, sung by a voice full of dust and rust....” — Dusty Road (Italy)
“ Patterson is a terrific songwriter, forceful singer, and one heck of a bandleader. Patterson lays out the real deal, songs of unapologetic drinking, stupid choices, and willingness to take his lumps and do it all over
again. Ten solid tunes, not a weak link among them, and a poignant reminder that for every bit of puerility that emanates from Nashville-and lord knows there are plenty-there’s an album such as this just screaming to be deservedly played again and again. AAAA!” — James Cassara / Rapid River Monthly “East Nashville musician Clark Paterson has written a moving and soulful batch of songs that will resonate with country fans old and new. Paterson is an artist that everyone should see. With his relaxed and personal performance style, Clark is the next memorable artist to come out of the Tennessee music scene.” — The Austin American Statesman
“If some of the darker, more desperate characters from James McMurtry’s pantheon were to split in search of new hideouts, they’d find suitable sanctuary in the songs of Clark Paterson. And the East Nashvillian’s gritty
pipes would provide them the ideal mouthpiece. Urgency and attitude come standard.... AAAAA!” — Duane Verh / Roots Music Review

“Experience builds character, says singer-songwriter Clark Paterson.” You have to do **** to truly write great songs.”

Clark Paterson has done ****. From the family farm to the Chicago School of Folk Music; from the high-dollar world of Windy City real estate to seeing the world from a backpack; and from a string of dingy honky tonks to a home, finally, in Nashville, Tennessee, Clark brings worlds of experience to his 35 years on the planet––and to his third and latest record, The Final Tradition.

“I’ve been around/ Tonight, I’m back in town/ Straight-up and battle-hard/ I’m parked in the neighbor’s yard”––“If I Don’t Win”

“I love the darkness and the fact that it’s polarizing,” says Clark, a writer who’s had facetime with the dirt and isn’t afraid to share that with you.

An experienced bunch, they know how to scream out of the gate, such as on “Kansas Saturday Night,” a scorched earth rave-up that would recall The Slits or Social Distortion but for McConnell’s atmospheric production. Songs like “My Hands Know The Touch,” a Crazy Horse-ish waltz, on the other hand, demonstrate that Clark’s friends can punch hard while deftly staying out of the way.

Clark was raised on his family’s spread near Sandusky, Michigan. “I never once was drunk in high school,” he says. It took Loyola University in Chicago to make that happen. After graduation, Clark took off for a few years with only a backpack and his guitar. “I became a backpacker-dude and had a good run. I’ve played country music in Eastern Europe, South America, Japan, Sweden, Finland and England. I've also been robbed, beaten, and deported.

Returning to Chicago, Clark got involved in high-end commercial real estate. He was miserable. Enrolling in the Old Town School of Folk Music, which has

nurtured legendary musicians like John Prine and Steve Goodman, he continued working on songwriting. A move to Nashville seemed inevitable. “I wanted to play Honky Tonks and sleep in my van and talk to pretty girls and drink till my brain gets soft,” Paterson says.

Since arriving in Nashville almost seven years ago, Clark has put out two other recordings: Songs For Another America, produced by Mark Nevers (Bonnie “Prince” Billy, Laura Cantrell) and Walkin’ Papers, produced by bassist Whit Aldridge. Both show a confident artist who’s moving toward a sound; a sound that emerges fully on The Final Tradition.

Ultimately, The Final Tradition resists categorization. Clark, himself, resists categorization, too, although he’s happy to share his experiences. “I think the record has a sense of story and purpose that most current records don't,” he says. “I play guitar and focus on writing music that appeals to me and is not being done on the radio. I love old country because it’s earnest and has an edge and there is a narrative that is largely missing from modern music. I love the darkness and the fact that it’s polarizing. And I love 70s punk rock like Iggy and

The Stooges, The Ramones, and The Clash. It has balls and a message and always felt honest. I also really really love Nick Cave….”

“If your parents like your music, you’re doing something wrong.”––Clark