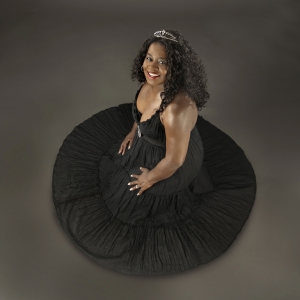 C C Bronson has been singing and performing since the age of five, starting with traditional gospel music. Her affinity for Blues music began just two years later at the age of seven when she spent summers in Bradenton, Florida with her "cool" Great Uncle Dave.

C C recalls," As soon as I would arrive....I barely walked in the door and he was asking me to help him move the furniture to one side of the room and we would roll up that old tricolor rug so that we could dance! Snapping our fingers to Bobby Blue Bland, BB King, Denise Lasalle and others.
She wanted to test her wings as a songwriter so she entered a national KFC songwriting contest and came in third place.
And so the seeds for "Bluesarella" were sown. Since those childhood days, C C has released two CDs, was featured on national and college radio, stage and television around the USA an has opened for national and international acts such as Sue Foley, Chris Cain the Platters featuring Monroe Powell and was a member of the Golden Gospel Singers of Harlem.
Living Blues magazine proclaimed C C as "an artist to watch" and Delta Frank of WGLT Radio said "She's soft spoken in person but her singing voice has the strength and power of a determined life force"