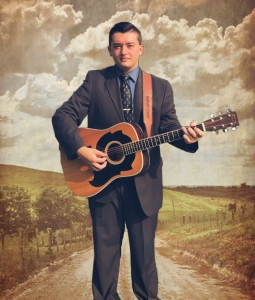 Brayden Williamson is an award winning
Gospel, Bluegrass & Country singer / guitarist and songwriter. Born November 14, 2002 Logan, West Virginia.
He is well known for his efforts to preserve tradition in music and has written two #1 World Wide Bluegrass Chart topping songs at age 16.
He has shared the same chart with names such as Rhonda Vincent, Larry Sparks, Ralph Stanley II and several other artists as such. He has gone on with his calling to write several more original songs and continues to do so.
Vic Gabany, Long time Grand Ole Opry and MCA records producer is Braydens producer and manager. Vic was Bill Monroe’s producer and recording engineer.
Brayden is an Endorsed Artist at Black Diamond Strings and Paige music products, Member of the George D. Hay Hometown Society and Tomorrows Bluegrass Stars.