Flashback - Blues Around My Cabin 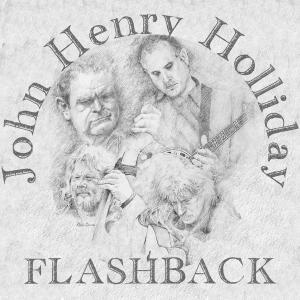 FLASHBACK is a bluegrass "super group" featuring former member's of The 1995 Grammy Nominated "Flashback" version of J.D Crowe And The Newsouth. The group features Don Rigsby, Phil Leadbetter, Richard Bennett and Curt Chapman from the original "Flashback" band. The band was formed as a 20 year reunion band, which brought all original members back together for a 2015 tour in which they were known as "The Flashback Band. J.D Crowe came back out of retirement for a short time to play 2015 dates with the group. At the end of 2015, Crowe went into retirement again. With the retirement of Crowe, Stuart Wyrick was hired to play banjo and sing baritone in early 2016. The band released the hit album 'Foxhounds & Fiddles' in 2017 on Pinecastle Records, and are about to release their third project 'Blues Around My Cabin' through the label in 2020.
10
What's This
Advertisement