The Blind Boys Of Alabama - Spirit Of The Century 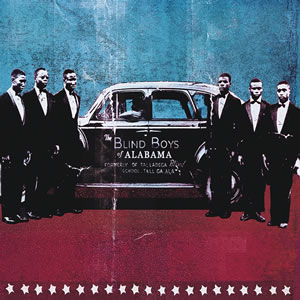 The Blind Boys’ turn of the century masterpiece—expanded!

Since first singing together in 1944, The Blind Boys Of Alabama had been trend setters musically, socially, and spiritually. One would think that nearly 60 years into their career, The Blind Boys would have nothing more to prove. However, 2001’s Spirit Of The Century now only showed how relevant they still were, but how they could continue to reinvent the genre they helped bring to the mainstream, and even win a Grammy® for Best Traditional Soul Gospel Album.

Produced by John Chelew with Chris Goldsmith, Spirit Of The Century mixes soulful new arrangements of traditional hymns, with songs by The Rolling Stones (Exile On Main St.’s “I Just Wanna See His Face”), Ben Harper and Tom Waits—including “Way Down In The Hole” which became the theme for HBO’s The Wire, performed by The Blind Boys Of Alabama for Season 1, and included here.

Accompanying The Blind Boys’ soaring vocals, the band includes a who’s who of iconic players including David Lindley, John Hammond, Danny Thompson, Charlie Musselwhite, and more. To make this release even more special, seven live performances of album tracks recorded at New York’s The Bottom Line have been added, as well as a new essay from Davin Seay.

15 years after its original release, and having been out of print for too long, Spirit Of The Century has lost none of its power. It’s time to feel the Spirit once again.
19
What's This
Advertisement