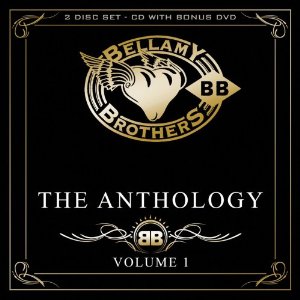 GUILTY OF THE CRIME video featuring the Bacon Brothers from The Anthology Vol.1

Darby, FL July 7, 2010 -- After 35 years, the Bellamy Brothers are veterans to the Pop and Country music scene, which is why it comes to some as no surprise that they are passing other popular artist, such as Lady Gaga, AC/DC, and The Rolling Stones. The Bellamy Brothers’ latest album, The Anthology Vol. 1, is a combination of popular hits and a few of their newest releases.

The albums' chart success is partially due to their latest record deal between the Bellamy Brothers and Universal Records Switzerland where the album is currently #6 on the chart this week (up from #16 after only a few weeks) and is continuing to climb.

The Bellamy Brothers recently returned home from their international tour (where they were met with crowds of fifty thousand plus screaming fans) to find their US single, “Jalapenos,” is approaching 250,000 plays on YouTube, which let the Brothers know that they are still going strong as ever worldwide during their 35th Anniversary year in the music business.